Some of the 9 most influential women in Kenya 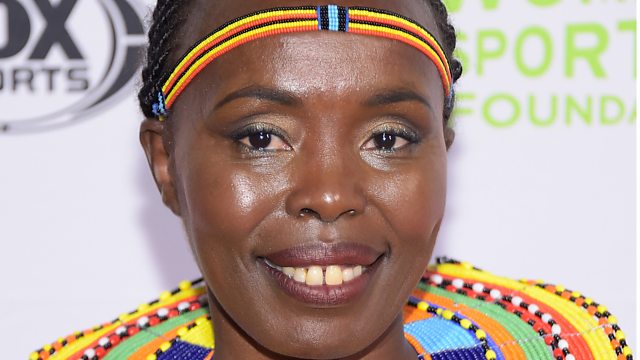 Some of the 9 most influential women in Kenya

Traditionally, African societies viewed women as second fiddle to the men. This has led to a special kind of recognition to women who achieve certain milestones that have not been achieved before. Several women have given hope to the future generation of women leaders and proven that a woman is able to achieve all that she ever wants to if she works for it.

Here are some of the women who we celebrate as Kenyans on this International womens day for being an inspiration to many.

She is a Kenyan politician, a former long-standing member of parliament for Gichugu constituency and an advocate of the high court. She also served as the minister of Justice and is popularly known as the Iron lady for her combative nature and unbending resolve.

Lupita Nyong’o came to the spotlight in 2014 due to her performance in her role as Patsey in Steve McQueen 12 years a slave. Her role earned her 25 awards from 2013 to 2014, including the prestigious Oscar award. Lupita Nyong’o is now a well-respected brand ambassador of Africa. She has remained true to her colour, roots, and she is regarded as one of the most influential African women

In 1977, Maathai founded the Green Belt Movement, an environmental non-governmental organization focused on the planting of trees, environmental conservation, and women’s rights. In 1984, she was awarded the Right Livelihood Award, and in 2004, she became the first African woman to receive the Nobel Peace Prize for “her contribution to sustainable development, democracy and peace”. Maathai was an elected member of Parliament and served as assistant minister for Environment and Natural Resources in the government of President Mwai Kibaki between January 2003 and November 2005. She was an Honorary Councillor of the World Future Council. In 2011, Maathai died of complications from ovarian cancer. Even in her death, she is still considered as one of the most influential women in Kenya.

First Lady Margaret Kenyatta is liked by many for her simplicity in regard to her dressing, nature and manner. Since the inauguration of her husband, Margaret has been running a campaign to reduce child maternal mortality rates. The campaign has been successful so far where people have contributed millions to her cause. The campaign has been dubbed Beyond Zero Campaign. On October 24th 2014, she was named UN in Kenya Person of the Year.

Njoki Ndungu is a judge of the Supreme Court of Kenya, the highest law of the land. She has featured prominently in human rights groups that especially fought for the rights of women and the girl child. She has also served as a member of parliament after she was nominated by President Mwai Kibaki.

Some of the 9 most influential women in Kenya Reviewed by samrack on March 8, 2017 .

Share thisFacebookTwitterPinterestEmailWhatsAppTegla Loroupe: Tegla Chepkite Loroupe is a Kenyan long-distance track and road runner. She is also a global spokeswoman for peace, women’s rights and education.Pic: Photo Courtesy Some of the 9 most influential women in Kenya Traditionally, African societies viewed women as second fiddle to the men. This has led to a special kind of