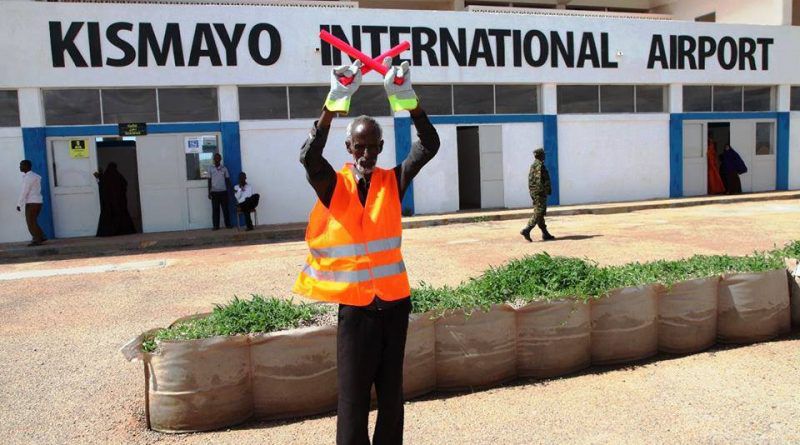 Somalia has submitted a formal complaint to the International Civil Aviation Organization (ICAO) after a Kismayu bound flight from Nairobi failed to stopover at Mogadishu. The claim states an airspace violation of the new regulations which require all flights from Kenya to land in Mogadishu before proceeding to Kismayu.

According to Hiraan Online, an Aircraft with registration number 5Y-JXJ flew politicians directly from Nairobi to Kismayu. The aircraft did not stop in Mogadishu for security checks, as per the new Somalia Civil Aviation Authority regulations. The Jubba Airways aircraft was going to Jubaland President Ahmed Madobe’s inauguration.

“It has been decided that passengers on flights originating from the republic of Somali and destined for Nairobi to be taken through preliminary multi-agency security checks at Wajir International Airport,” read an earlier memo from the Somali Government.

The new travel regulations have affected trade as goods from Nairobi use the Nairobi-Kismayo-Mogadishu route. Furthermore, products from Kismayu take the longer Kismayu-Mogadishu-Wajir-Nairobi route. Kenya and Somalia have had strained relationships in the recent past, punctuated by a series of diplomatic checks.