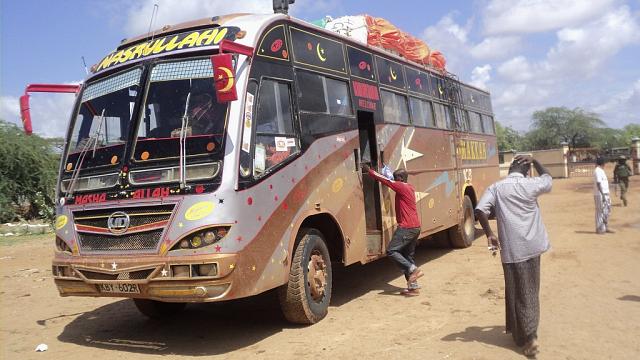 At least six people were killed when gunmen sprayed two buses with bullets on Friday in Kenya’s Mandera County on the border with Somalia, a regional official said.

Mandera County Commissioner Fredrick Shisia told Reuters the attack happened at 9.30 am (0630 GMT) as the buses were traveling to Mandera town from the capital Nairobi.

“So far we are talking of six dead,” he said.

According to local media reports the first bus was sprayed with bullets between Elwak and Wargadud towns, but the driver sped off.

“The second bus, e-Coach, stalled after it was hit with bullets. Most of those who died were in the second bus,” Kenya’s Daily Nation reports.

It added that the injured are being treated at the near by Wargadud Health centre.

Among those killed is a Kenyan policeman and another injured as they were escorting the buses.

The Mandera County police had issued a warning on Thursday against travelling by bus in the region until the end of Ramadan due to security threats posed by Al-Shabaab militants.

Frederick Shisia said a police operation has been launched in the area.