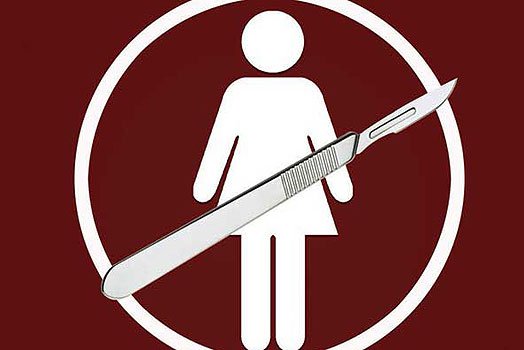 The survey also revealed that 1 in every 10 teenage girls aged between 15 and 19 years in Kenya has undergone FGM.

In total, the survey estimates that an estimated 9.3 million women and girls in the country have undergone genital mutilation.

The statics were revealed by ActionAid Kenya during the launch of their nationwide campaign in the fight against Female Genital Mutilation (FGM).

The month-long campaign is aimed at creating more awareness against FGM and raising funds to build safe houses for rescued girls across the country.

Speaking during the launch event in Nairobi, ActionAid’s head of fundraising Ms Susan Otieno said although awareness against the vice has increased in recent years, some communities are crafting new ways of ensuring their daughters are circumcised.

“We were very disturbed when we found out that in some counties like Taita Taveta, parents are subjecting their infant daughters to the brutal cut, as early as a day old. This is outrageous. When we sought to find out why they are doing this when the daughters are so young, we realized that this could be because it is easier to reduce public scrutiny and also because the children are unable to resist at that age,” said Ms Otieno.

The launch of the campaign brought together rescued girls, reformed cutters, parents and siblings.

“Our target is to raise Sh14million which will go towards the construction of at least one additional rescue center for the affected girls in the six counties,” said Ms Otieno.

SHOCKING SURVEY REVEALS EXTENT OF FGM IN KENYA Reviewed by samrack on December 12, 2016 .

Share thisFacebookTwitterPinterestEmailWhatsAppSHOCKING SURVEY REVEALS EXTENT OF FGM IN KENYA By SYLVANIA AMBANI A new survey indicates that one in every five adult Kenyan women have undergone a form of Female Genital Mutilation (FGM).The Kenya Demographic and Health Indicator survey conducted by ActionAid Kenya also ranked Kenya 17th out of 29 countries in Africa that still practice Female