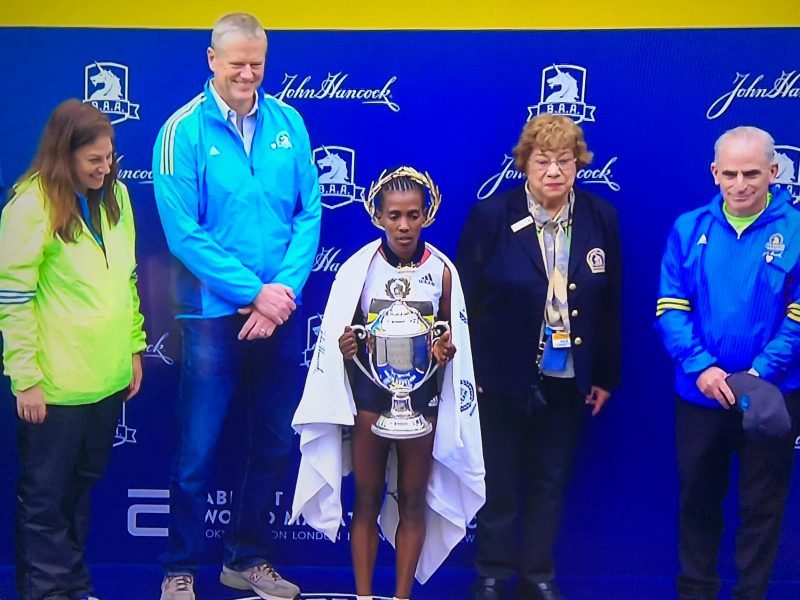 Worknesh Degefa maintained a large gap between herself and the rest of the field after breaking away just four miles into the race and never allowed the pack to catch her on the way to winning the 2019 Boston Marathon in an unofficial time of 2:23.30. Degefa, 29, of Ethiopia, was ranked No. 11 in the world in the marathon.

Ethiopia's Worknesh Degefa won the women’s race in the 123rd Boston Marathon. She set the Ethiopian national record with a 2:17:41 time in this year’s Dubai Marathon, in which she finished second. https://t.co/fQ7puGcuz3 pic.twitter.com/VVaIAyYG6y