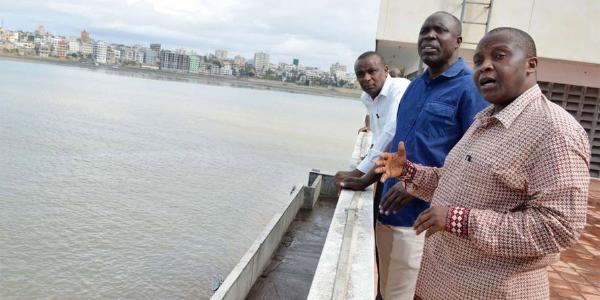 The government has acquired a Sh3.6 billion fishing patrol vessel from Bangladesh to curb illegal exploitation of its resources in the Indian Ocean.

Agriculture Cabinet Secretary Willy Bett said the vessel, which will be delivered by June, will enable Kenya to deal with unlawful exploitation of its special economic zone within the water resource.

He said the country’s marine has the potential of producing between 150,000 and 300,000 metric tonnes of fish every year.

Mr Bett said the government wants to exploit its marine and fresh water resources by investing in marine economy but faces challenges of illegal fishing in its waters.

“We will be inspecting the vessel next week in Bangladesh. The final stages of its completion will be confirmed by next week after which it will be delivered,” he said in Mombasa last week.

He added: “Thereafter we will undertake the critical activity of patrolling our waters. The resources within our territorial waters are meant to benefit our country and not to be exploited by other nations.”

Speaking at the Kenya Marine and Fisheries Research Institute (KMFRI) in Mombasa, Mr Bett said operators of the vessel have been hired.

“Some of them are actually in Bangladesh where it is being manufactured. They went there to understand the vessel and its operation. Our next frontier is in the blue economy. We have already restructured our ministries to include the blue economy owing to unexploited marine and fresh water lakes,” he said.