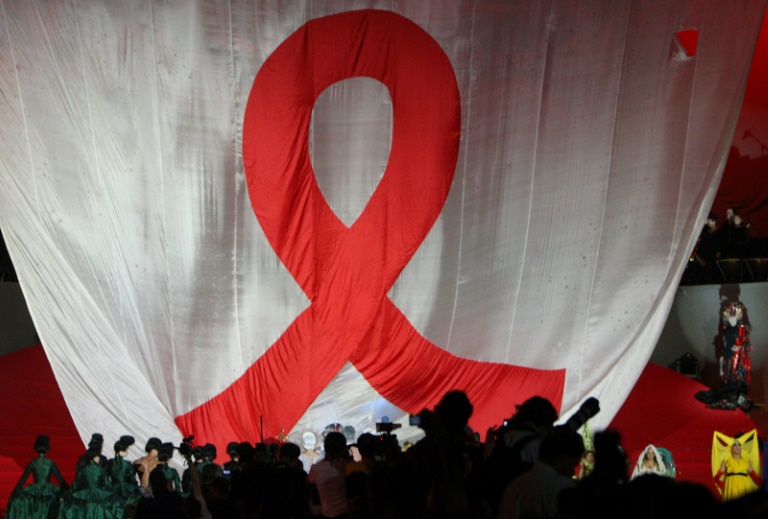 The HIV virus has infected more than 76 million people since the early 1980s, and killed 35 million © AFP/File / JOE KLAMAR

A far cry from the 1990s “ABC” campaign promoting abstinence and monogamy as HIV protection, scientists reported on new approaches Tuesday allowing people to have all the safe sex they want.

Thirty-five years of research has yet to yield a cure or vaccine for the virus which has infected more than 76 million people since the early 1980s, and killed 35 million.

This means that prevention remains “absolutely critical,” according to Anthony Fauci, director of the National Institute of Allergy and Infectious Diseases (NIAID) in Maryland, who attended the International AIDS Society conference.

There are 19.5 million people on ART today, with another 17.1 million who need it.

“Each year we add about two million to that group,” Fauci told AFP. “We must decrease the number of new infections.”

According to the World Health Organization, there is “compelling evidence” that male circumcision reduces the risk of sexual HIV infection in heterosexual men.

On Tuesday, researchers said it also protects their female partners.

The reason is not clear. Is it simply that fewer men are being infected and infecting others in turn, or does circumcision actively prevent HIV-positive men from passing on the virus?

“What is certain, however, is that having a circumcised partner can provide women with partial protection against HIV,” she told journalists in Paris.

Some 12 million men have been medically circumcised in sub-Saharan Africa to date in an effort to stop the spread of HIV, Kharsany said.

A study of gay couples in which one partner had HIV, showed that infected men who achieve virus suppression with ART also protected their uninfected partners.

“There were no, zero, HIV transmissions within these couples,” said Andrew Grulich of the University of New South Wales in Australia, who took part in the study entitled “Opposites Attract”.

The lack of HIV spread was despite high rates of other sexually-transmissible infections, the team found.

“We think these findings really strongly support the hypothesis that condomless sex, when the viral load is undetectable, is a form of safe sex,” said Grulich.

A two-year study of 96 girls aged 15 to 17 in the United States, showed that a vaginal ring treated with the ARV drug dapivirine, was safe and easy to wear.

The ring is worn constantly, and replaced monthly.

In previous research involving adult women, the ring reduced the risk of acquiring HIV by about 30 percent, according to the research team. Further study is needed to test whether it also protected girls.

“HIV doesn’t distinguish between a 16-year-old and an 18-year-old,” said Sharon Hillier of the University of Pittsburgh School of Medicine.

“Young women of all ages deserve to be protected.”

Teenage girls and young women aged 15-24 accounted for a fifth of new HIV infections among adults in 2015 — rising to one in four in sub-Saharan Africa where 1,000 are infected daily, according to the study authors.

A long-acting, injectable dose of the virus-suppressing drug cabotegravir, given every two months, was well tolerated in trial participants, according to early results.

Cabotegravir is being probed as an alternative to oral ARV as prevention — also known as pre-exposure prophylaxis or PrEP. Forgetting to take a pill can expose one to infection, and is a major complaint of PrEP users.

Further trials are in the pipeline to test the drug’s virus-suppressing efficacy, said Raphael Landovitz, an infectious diseases expert from the University of California.

A drug cocktail that has been shown to protect uninfected gay men who engaged in frequent and “high-risk” sexual behaviour, also shields those who are less active and hence take fewer tablets, another study showed.

The IPERGAY trial is testing the efficacy of the drug cocktail Truvada taken as prevention before and after sex.

No infections were reported among men on PrEP who had sex about five times a month, researchers found. The team had previously measured a near 90-percent drop in infection risk for Truvada-users who had sex on average twice as often.

The HIV virus has infected more than 76 million people since the early 1980s, and killed 35 million © AFP/File / JOE KLAMAR Scientists divulge latest in HIV prevention A far cry from the 1990s “ABC” campaign promoting abstinence and monogamy as HIV protection, scientists reported on new approaches Tuesday allowing people to have all