Safaricom’s outage and its crippling effect 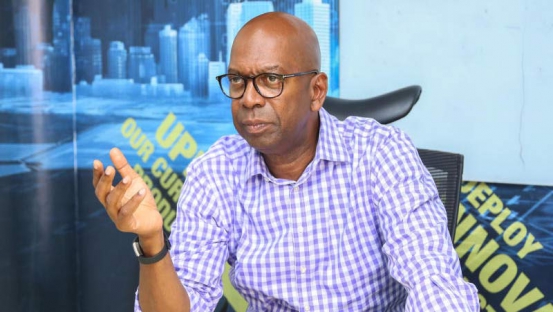 Safaricom’s outage and its crippling effect

Millions of Kenyans were unable to make phone calls, send text messages, or gain access to the internet because of an outage that crippled Safaricom’s network. The blackout that persisted for several hours highlighted the vulnerability of Kenya’s telecommunications and mobile money networks, prompting the industry regulator to seek an explanation from Safaricom. “We are waiting for Safaricom to give us an explanation about what happened because we were also in a blackout and we even had to send someone physically to their office to get in touch,” explained Communications Authority of Kenya (CA) Director-General Francis Wangusi. The collapse of the firm’s network left millions of its customers stranded for the better part of the day, with subscribers unable to transact on M-Pesa, which has become a mobile bank of sorts for many Kenyans. “These are some of the risks of too much dominance by one player. “We are seeking an explanation about what happened because every operator needs to adhere to a 99.99 per cent up-time, with redundancy provisions for network down-times,” said Mr Wangusi. ALSO READ: Kenyans on Twitter react to Safaricom hitch By the time of going to press, Safaricom had yet to explain the cause of the outage, only saying it had been identified and informing consumers that services would be intermittent. “We wish to notify the public that starting from 9.30am today (Monday), we experienced a system outage affecting a number of core services in our network. This outage affected voice, data, SMS, M-Pesa, and enterprise services “We have identified the root cause of the outage and are working to resolve this in the shortest time possible. In the meantime, voice, data, SMS, M-Pesa, and enterprise services will be available intermittently until the issue is fully resolved,” said Safaricom Chief Executive Bob Collymore in a terse statement. Businesses that subscribe to the company’s enterprise services for provision of communication, storage, and other business solutions suffered following the breakdown. Safaricom is the largest telecommunications firm in the country and an outage of its network has an impact on millions of people who rely on its services, including providers of essential services. According to data from CA, Sh892 billion worth of mobile money was transferred through the firm’s mobile money network over the second quarter of the current financial year. This translates to Sh309 million transferred every minute. The mobile service provider commands a 71 per cent market share of the mobile money network, with 27.7 million subscribers as at December last year. ALSO READ: Kenyans on Twitter react to Safaricom hitch The firm is also the only operator currently running an active 4G network after purchasing a licence early last month. Last year, National Treasury Cabinet Secretary Henry Rotich warned that M-Pesa posed a fiscal threat to the economy owing to its size and integration in the country’s financial system. Mr Rotich said an outage on M-Pesa could lead to loss of revenue by both public and private firms and a reduction of confidence in services.
Source: https://www.standardmedia.co.ke

Safaricom’s outage and its crippling effect Reviewed by samrack on April 25, 2017 .

Share thisFacebookTwitterPinterestEmailWhatsAppSafaricom CEO Bob Collymore PHOTO:COURTESY Safaricom’s outage and its crippling effect Millions of Kenyans were unable to make phone calls, send text messages, or gain access to the internet because of an outage that crippled Safaricom’s network. The blackout that persisted for several hours highlighted the vulnerability of Kenya’s telecommunications and mobile money networks,