The former CEO of Safaricom Michael Joseph has been appointed as the interim Chief Executive of the Telco following the death of Bob Collymore. The decision was made by the directors of the company in a Special Board Meeting on the 1st of July.

Michael Joseph served as CEO of Safaricom from July 2000 to November 2010 when he handed over to Bob Collymore. Mr. Joseph already serves on the board of Safaricom and is also the Chairman of the board of Kenya Airways. 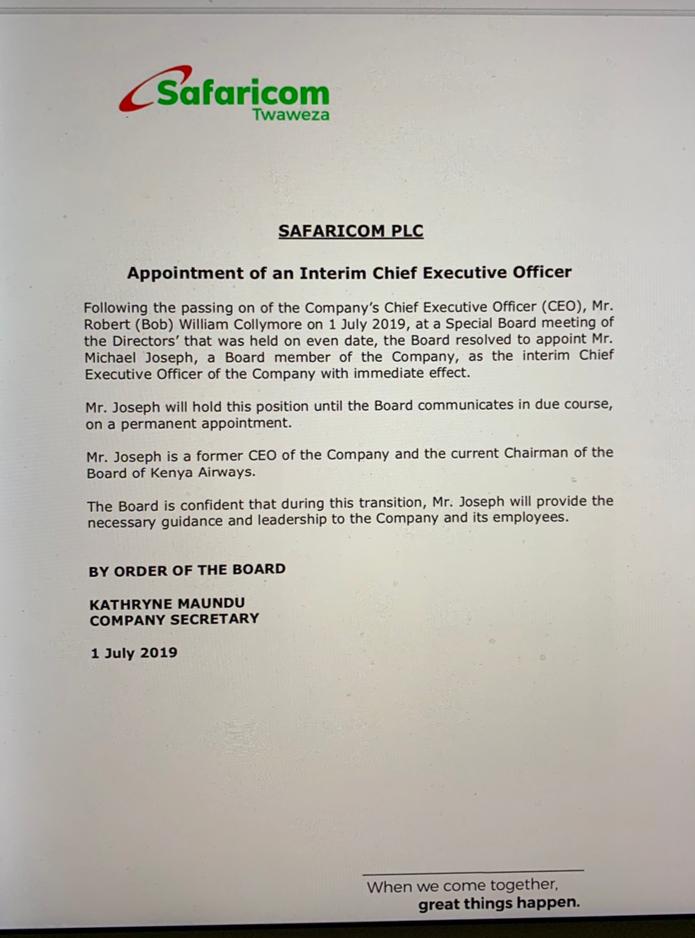 He will act as CEO of the telecommunications firm until the board finds a permanent appointee to take up the position.

A statement issued by the company said, “The Board is confident that during the transition, Mr. Joseph will provide the necessary guidance and leadership to the company and its employees.”

Only Two County Govts Qualify To Float Bonds on the NSE

Only Two County Govts Qualify To Float Bonds on the NSE