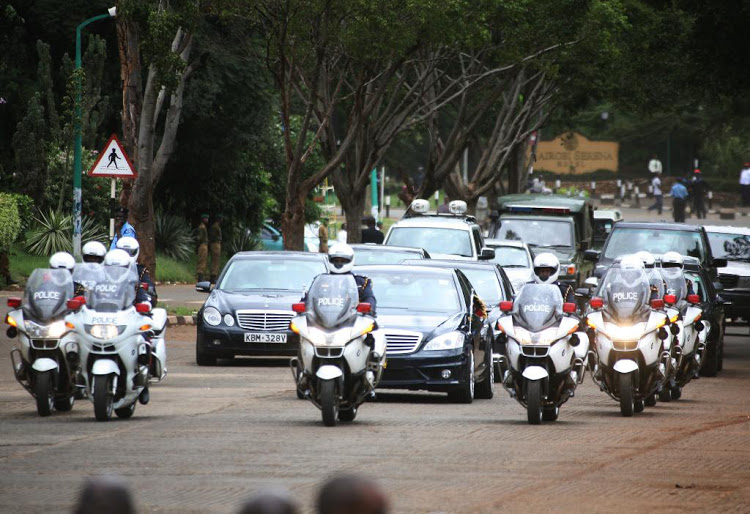 • Parliament’s gratuity payouts will rise to Sh1.8 billion when the term of the 12th Parliament ends, up from the Sh983 million budgeted for FY 2021-22.

President Uhuru Kenyatta and the 416 MPs will walk away with close to Sh1 billion in gratuity payments when the Jubilee administration’s term ends in August 2022.

Budget estimates for the financial year 2021-22 tabled in Parliament show gratuities to MPs will have dramatically increased up by Sh844 million.Kenyatta is poised to take home Sh72 million in gratuity payment. Treasury records show the bill will hit Sh79.2 million by June 30, 2025.

This is over and above four cars, medical cover, an office, two personal assistants, secretaries, messengers, drivers, bodyguards – all paid by taxpayers.

The bill for the deputy president and other designated state officers will increase by Sh150 million at that time, raising the payout to Sh1.1 billion.

This is factoring in gratuity payments to Deputy President William Ruto and the two speakers of Parliament.

At that time, the monthly pension for the DP and other designated state officers is projected to increase by Sh14 million.

In what shows how the annual pension bill — drawn from the exchequer — is getting bigger, next financial year’s payout is set to increase by Sh40 billion.

Parliament’s gratuity payouts will rise to Sh1.8 billion when the term of the twelfth Parliament ends, up from the Sh983 million budgeted for FY2021-22.

Exposing what taxpayers houls brace for to keep lawmakers comfortable when they exit, the perks will rise to Sh2.2 billion and Sh2.4 billion in the subsequent fiscal years.

Treasury reports further show that the monthly pension for lawmakers will rise by Sh266 million in the next financial year, on account of payment for 196 single-term MPs who lost in 2017.

The monthly pension for civil servants catered to by taxpayers is set to increase by Sh4.2 billion in the next financial year from the current Sh36 billion to Sh40 billion.

Thousands of civil servants — about 2,400, applied for the pension perks last year while some had their payouts delayed following Covid-19 budget cuts.

Gratuity for civil servants is also set to increase significant by Sh7 billion in the next budget cycle, with the amount projected to rise to Sh56 billion in the financial year ending June 2023.

Gratuities for retired deputy presidents and other designated state officers will also increase by Sh50 million in the next financial year.

This is to cater for the gratuity for retired Chief Justice David Maraga and other state officers who exited office this year.

Monthly pensions for the military are also due to increase by Sh3 billion next year; gratuity is set for a high of Sh16 billion from this year’s Sh10.7 billion.

Treasury has also sought to provide Sh20 million towards employer contributions to the public service superannuation scheme that commenced in January.

The cost of pensions is a vigorous conversation in the country, for which the government rolled out the Public Service Superannuation Scheme starting in January this year.

In the scheme, civil servants take a two per cent cut on their pay to go towards the mandatory retirement savings plan.

The Salaries and Remuneration Commission says the issue of pension has been a concern as the liability has been growing, adding that with more public servants retiring, the pension has to go up.

Chairperson Lyn Mengich told the Star on Sunday the real issue has been the scheme itself, being that most officers were on a defined benefits scheme.

In a defined benefit scheme, the employee does not contribute so the government takes full responsibility when the liabilities fall due.

Mengich said the Public Service Superannuation Scheme will solve the problem of the country’s bloated pension pay, and sustain the pension’s kitty.

“The scheme should sort the problem. The whole strategy was to have the scheme implemented and we believe it will help in terms of fiscal sustainability,” she said.

The SRC boss said the previous scheme has been costly because it was based on “pay as you go.”

This means the government only budgets for the payments when the liabilities arise.

“This means that in terms of planning, you are not putting money aside upfront. The Public Service Superannuation Scheme is a better way and it should address the concern of sustainability,” Mengich said.

State and public officers have different types of pension schemes. MPs have their own pension scheme, which is contributory, the same as public servants and state corporations.

Taxpayers, however, shoulder 100 per cent pension paid to civil servants – teachers, the police, and military – as their perks are not contributory.

The President and Deputy President, by virtue of the benefits that come with their offices, are the only state officers exempt from contributory schemes.

The other state officers – such as Cabinet Secretaries, Principal Secretaries, and heads of directorates — are on gratuity.

Raila’s allocation was increased by Sh7 million while that of Kalonzo was realigned so that taxpayers could help the Wiper leader meet the cost of operations and utilities – electricity and water.

The Ukur Yatani-led National Treasury has over time indicated it is under obligation to meet the pension expenses as required by the law.

Upon conversion to the Designated Officers Act, his monthly pension will increase to Sh240,000.

Raila is also entitled to two sedan cars, a four-wheel drive vehicle, a fuel allowance; full medical cover for himself and his spouse.

In the current estimates, however, his pension budget has been reduced by Sh10 million on account of no provisions for a car but his workers would net Sh6.7 million basic salary and Sh3.7 million personal allowances.

Kalonzo’s other benefits include two sedan cars, a four-wheel drive vehicle, fuel allowance; full medical cover for himself self and his spouse.

He has been provided Sh68.3 million in the proposed budget; while former Vice President Moody Awori is poised for Sh49 million in retirement perks.

He has continued to receive a monthly pension to date, currently at Sh214,691 factoring increases every year.

The Parliamentary Budget Office, in its forecast for 2021-22 budget, said the unchanging wage bill pressure is a recipe for fiscal unsustainability.

The experts said that with the ever-increasing expenditure on wages, salaries, pensions, operations and maintenance, development may be crowded out.

Revealed: Uhuru, MPs to get Sh918m send-off perk The retirement cost is set to increase to Sh171 billion for the year ending June 2023; Sh191 billion in the year to June 2024, and Sh211 billion in the preceding year. • Parliament’s gratuity payouts will rise to Sh1.8 billion when the term of the 12th Parliament