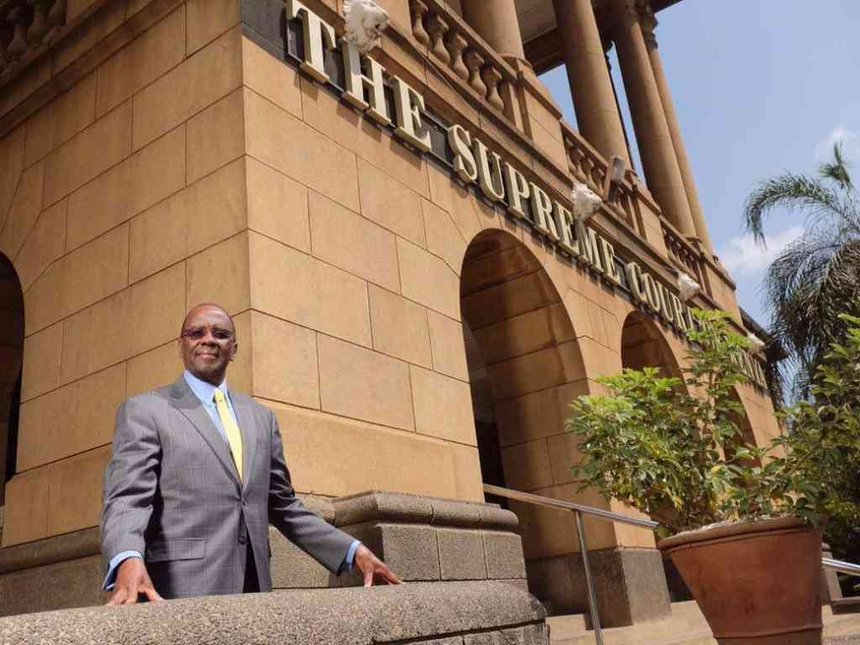 Colleagues and Compatriots, five years ago I stood on these steps of the Supreme Court Building and promised Kenyans that I was assuming the leadership of the Judiciary in order to reclaim its independence and have it play its crucial role in midwifing a nascent constitution.

When I joined the Judiciary five years ago, I had no idea how remarkable those years would turn out to be. I thank you for the support that the fudiciary family and Kenyans have given me during my tenure as Chief Justice and President of the Supreme Court of Kenya.

There have been many successes that we have achieved together, as we strove to implement our ambitious but forward-looking Judiciary Transformation Framework (JTF).

‘We have done well’

We sought to lay the foundations for a transformed Judiciary, aware that even though five short years would not be enough to complete the job, they would however be long enough to start the journey.

And we have done well. The gains that we have made have been a product of collective enterprise. The challenges that abound and the journey that remains will only be overcome through collective action and eternal vigilance by the Judiciary, the Bar, and the general public.

Transformation has been about significant internal reorganisation – which is not too visible to the public but has a big bearing on the quality of our service to them; and, external re-orientation in the way we relate with the public – making the institution more sensitive, accountable and service oriented.

We have improved staff welfare by doubling, or, in some cases, even tripling salaries; promoted staff that had stagnated for years; developed and implemented several management policies; increased and democratised the budget making process; made resource sharing more open, scientific and equitable; embraced data as a tool for measuring performance and making policy decisions; opened new courts and improved access to justice; recruited more judges, magistrates, kadhis, registrars, and judicial staff; opened up training opportunities for all cadres of staff, including the revival of the Judiciary Training Institute; invested in better working conditions through infrastructure expansion.

We have also reduced case backlog, made the Judiciary more friendly, generated several administration of justice policies. And, importantly, the Judiciary has reclaimed and asserted its independence and we have now succeeded in having the Judiciary Fund Act enacted.

These gains can only be denied by those who wish the Judiciary ill, or those that are interested in turning back the clock of time to a Judiciary the public viewed with suspicion and scorn, and one where there was intimidation, victimisation, and disempowerment of colleagues.

a new institutional model in terms of its ethos, practices, confidence, and ambition.

Traditions that serve Kenya have been ‘glorified’

Five years ago, we were an institution that excelled in tradition and stability. Today, we have kept and glorified the great traditions and practices that serve the people of Kenya; those that animate the constitution, and we have solidified those traditions that affirm our human dignity as workers in the Judiciary.

But today, we have also ruptured those traditions and practices that celebrated the dehumanisation of some of our colleagues and our clients – the court users.

We have also established new traditions – traditions and practices that glorify excellence; norms that celebrate team work and innovation for justice; activities that accentuate our humanity and purposiveness as one Judiciary committed to administer justice fairly to all.

The foundations have been laid, but I am not deluded to think that the war has been won, or that the journey is completed.

Far from it. Even as we laid this foundation, we were aware that there were many termites at work that sought to destroy our institution and abort our progress, and so far they have failed.

Friends, these forces will not simply fade away if we do not stand up to them. It is up to all of you who now remain in the Judiciary, and Kenyans who are invested in a Judiciary that delivers, to stop the termites and encourage and glorify those who embrace Transformation.

As I said long ago, this Transformation is not mine; it is for Kenya and for Kenyans. It is also for you Judiciary employees and your children.

Transformation must be defended by your sweat and blood otherwise the gains we have made internally and externally will be overrun by regressive forces, many of which we have neutralised at every turn in the last five years.

I wish the Judiciary well in the next phase of Judiciary Transformation – a phase that should be characterised by a radical and rapid business processes re-engineering of our operations, now that the broad strategic framework has been spelt and rolled out.

And for you to succeed, you must invest in winning public confidence and deepening public accountability, fighting and resisting corruption, and paying attention to evidence and data in your operations.

This has been a wonderful journey, and as one leader said, the life of humanity or institutions, is one large story, and what each one of us tries to do, is to merely get our paragraph right.

This is my paragraph – of a Judiciary more independent and more humane; one that has defended the constitution and exponentially expanded access to justice;

one that had reduced case backlog, including some that have been in the system for over 30 years; one that has invested in massive infrastructure; one that has unflinchingly fought corruption, even as the corruption sisterhood and brotherhood have activated their solidarities in other arenas; and one that is accountable, open and responsible to the public, as well as to its employees.

And I begin another paragraph: I wish to announce that as I exit the Judiciary, I have just been appointed by the Secretary General of the Commonwealth, the Rt Hon Patricia Scotland, QC, as a Commonwealth Special Envoy to Maldives, to try and bring the political leadership there together, and to aid in the process of constitutional and political transition.

The overarching mandate is to ‘support a sustainable political dialogue process leading to a stronger climate of pluralism and inclusive elections in 2018, and to encourage the strengthening of democratic institutions and culture in Maldives’.

I have accepted this request and note, rather disturbingly, that here in my motherland, if the political leadership of this country is not self-restrained, if they do not rise above parochial ethnic and jingoistic politics, as long as they frown upon dialogue and continue to maintain bigotry rather than ideology as the fuel and framework of politics, we risk everything that we have put in to build this country.

It is my hope that the Judiciary will continue to play its rightful role to secure our Constitution and deepen our nationhood.

I leave behind a versatile, confident and competent collective leadership in institution, which has confronted every

challenge thrown its way with resolve and finality.

The Judiciary could not have been in a crisis when every court station in the country, including the Supreme Court, was sitting every day to do what the Judiciary is supposed to do: hear and determine disputes.

The task of managing the transition rests with the Judicial Service Commission (JSC), a task it is so overwhelmingly qualified to execute, and for which it has already debated and prepared a comprehensive transition plan.

Retired Chief Justice Willy Mutunga’s farewell statement Colleagues and Compatriots, five years ago I stood on these steps of the Supreme Court Building and promised Kenyans that I was assuming the leadership of the Judiciary in order to reclaim its independence and have it play its crucial role in midwifing a nascent constitution. When I