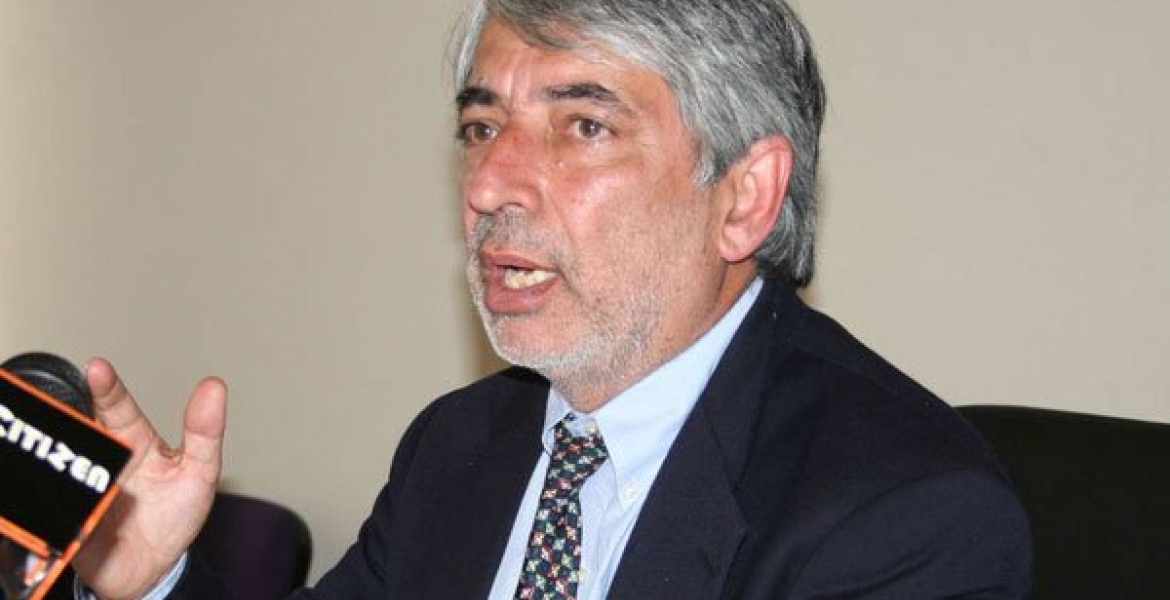 National Super Alliance (NASA) leader Raila Odinga’s US-based advisor Salim Lone says that the absence of Wiper leader Kalonzo Musyoka in the country prompted the opposition to call off the planned inauguration of the two leaders as President and Deputy President respectively.

In a statement to the press, Lone maintained that Odinga won the annulled August 8th presidential election and he would have sworn-in long ago, if Independent Electoral and Boundaries Commission (IEBC) had agreed to open its servers.

“If the Court had had access to the server, Mr Odinga would have been sworn in as the President a long time ago.”

He adds: “The postponement of the eagerly-awaited swearing-in of the winner of the 8th August election will come as a great disappointment to the vast majority of Kenyans. But with Mr Kalonzo Musyoka, who would have been sworn in as Deputy President, out of the country, and with his Wiper Party asking that the swearing-in be delayed until his return, the postponement was the only option that existed.”

He further dismissed threats by Attorney General Githu Muigai that Odinga would be charged with treason if he is installed as President, terming the threats as laughable.

Lone clarified that the swearing in of the opposition chief was based on the August 8th election results, which were never nullified by the Supreme Court. He argued that the apex court only cancelled the declaration of President Kenyatta by the electoral commission.

“The legality of Mr Odinga’s swearing in was based on the simple reality that he had won the August election. The Supreme Court had nullified the declaration of Uhuru Kenyatta as President, but it did not nullify the result of that election. The Court had directed the Electoral Commission to provide access to the its server as the server provided the only incontrovertible evidence of the election’s outcome.”

“NASA has now obtained the logs from the server, which recorded the voting results from each county and from each polling station in the country. The figures show that Mr Odinga comfortably won the election by over a million votes. So it was the loser, Uhuru Kenyatta, who was fraudulently declared the winner by the Electoral Commission.”

He indicated the inauguration could happen in the future, after it was cancelled hours before the time it was scheduled to happen.

Raila’s US-Based Advisor Speaks on Why ‘Swearing-in’ Was Called Off Reviewed by samrack on December 12, 2017 .

Raila’s US-Based Advisor Speaks on Why’Swearing-in’ Was Called Off National Super Alliance (NASA) leader Raila Odinga’s US-based advisor Salim Lone says that the absence of Wiper leader Kalonzo Musyoka in the country prompted the opposition to call off the planned inauguration of the two leaders as President and Deputy President respectively. In a statement to