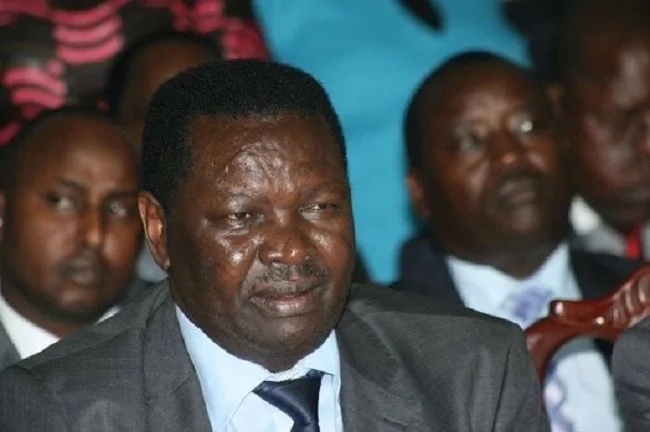 The late Kitui West mp Francis Nyenze. He died while receiving treatment for from colon cancer which he’s been suffering from for about 10 years. Photo: Nation.

Nyenze will be laid to rest on Tuesday, December 19 in Kitui county – The meeting of the two leaders will be the first after Supreme Court upheld Uhuru’s victory in the repeat election President Uhuru Kenyatta and his rival, opposition leader Raila Odinga, will meet for the first time on Tuesday, December 19, at the late Kitui West parliamentarian, Francis Nyenze’s burial in Kitui county. This will be the first time the two will cross paths since the Supreme Court of Kenya upheld President Uhuru’s victory in the disputed October 26 repeat election.

Raila’s attendance was confirmed by National Super Alliance co-leader Moses Wetangula who also said the rest of the co-leaders will be at the burial. This will include Kalonzo Musyoka who is expected to jet in from Germany where he has been beside his ailing wife as she receives treatment. So far, leaders from across the political divide raised more than KSh 10 million at a fundraiser for the Nyenze family to cater for expenses. Read more: https://www.tuko.co.ke/

Raila and Uhuru set to meet for the first time after Supreme Court upheld Uhuru’s victory Reviewed by samrack on December 15, 2017 .

The late Kitui West mp Francis Nyenze. He died while receiving treatment for from colon cancer which he’s been suffering from for about 10 years. Photo: Nation.  Raila and Uhuru set to meet for the first time after Supreme Court upheld Uhuru’s victory President Uhuru Kenyatta will meet bitter political rival Raila Odinga at the