Ever wondered whether Mr president knows his way around the kitchen? Well, he is! He has left many shocked after he was photographed making chapati while in the company of some prominent Arabs moments before he officially opened the Aljamea-tus-Saifiyah Arabic Academy Complex in Kenya.

This building is designed for the learning and recital of the Quran and was launched in Nairobi, Surat, Karachi and Mumbai. 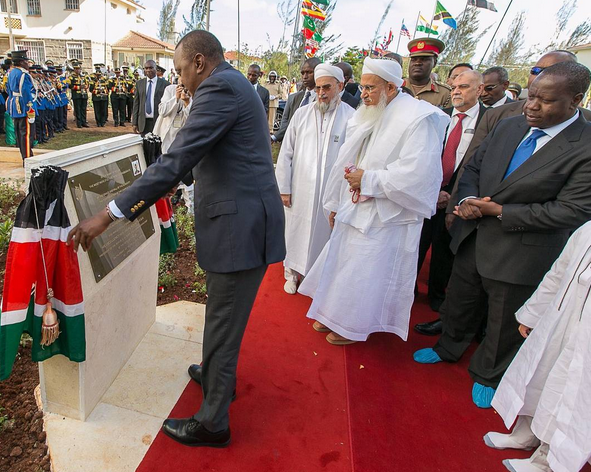 However what many peoples attention is a photo of the president holding a rolling pin as he showed off his skills by spinning the dough on the cooking board. This is not the first time the president is pulling such a unique stunt as he has been seen dining at local vibanda’s and buying a soda at a shop.

Also read:“Aiiii hio hapana” Ray C declines Ringtone’s offer for marriage and insists she wants her all time crush – President Uhuru Kenyatta
Some may say that he has the best PR team so far however it might also be something he enjoys doing (but on the low). Anyway checkout the photo below: 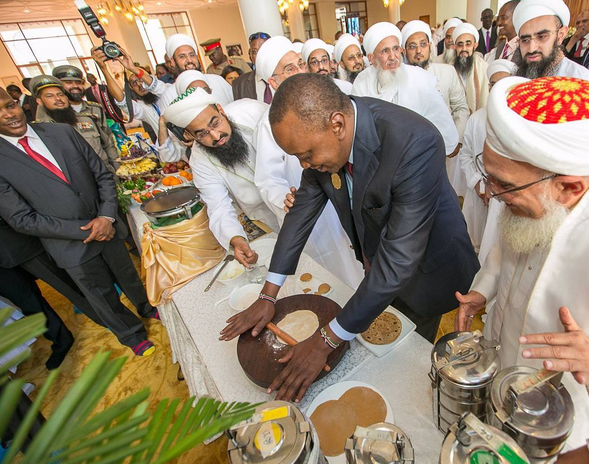