President Uhuru Kenyatta is in Italy to promote Kenya’s cultural and business opportunities.

He arrived in Italy early Monday and will separately meet Prime Minister Matteo Renzi and President Sergio Mattarella at the Palazzo Chigi and Palazzo del Quirinale, the official residences of Italy’s prime minister and president respectively. 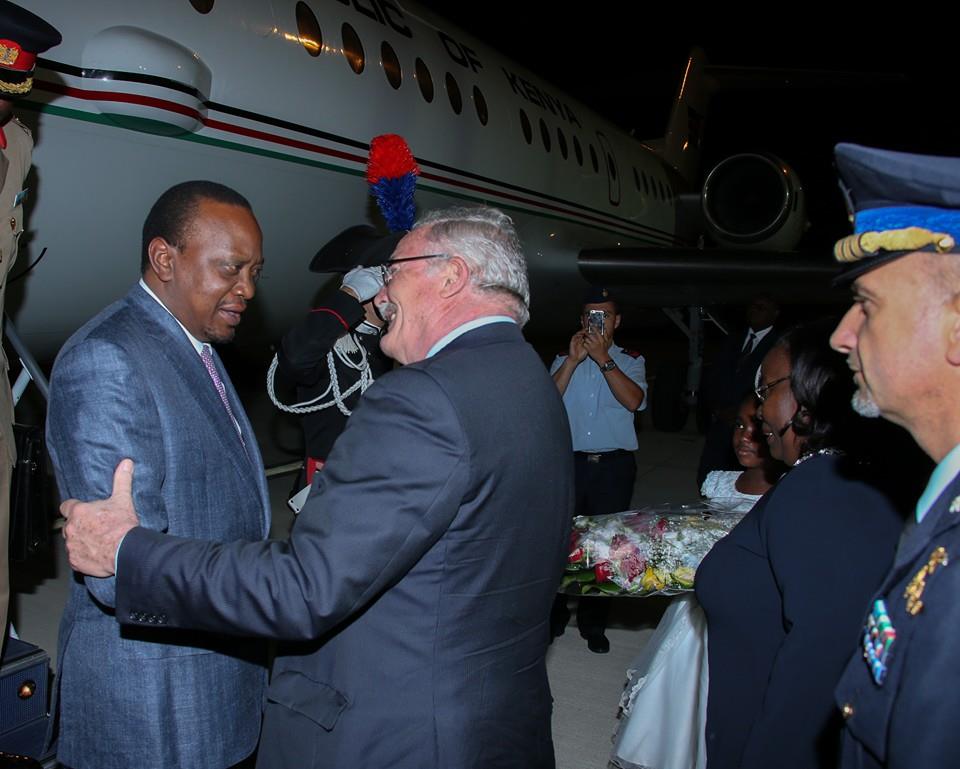 The plane carrying President Kenyatta and his delegation touched down at Ciampino G.B. Pastine International Airport in Rome shortly before 1am. (Nairobi time).

The event coincides with the Kenya week at the Expo, where several activities have been lined up, ranging from a business forum and culture day to the “Kenya Expo Run”, a mini-marathon to promote Kenya’s image at the international arena.

President Kenyatta’s visit to Italy follows a similar visit to Kenya by Prime Minister Renzi in July during which a Sh34 billion financing agreement was signed between the Kenyan government and Paris-headquartered bank BNP Paribas and Italian bank Intesa Sanpaolo for the construction of the Itare Dam in Kuresoi. 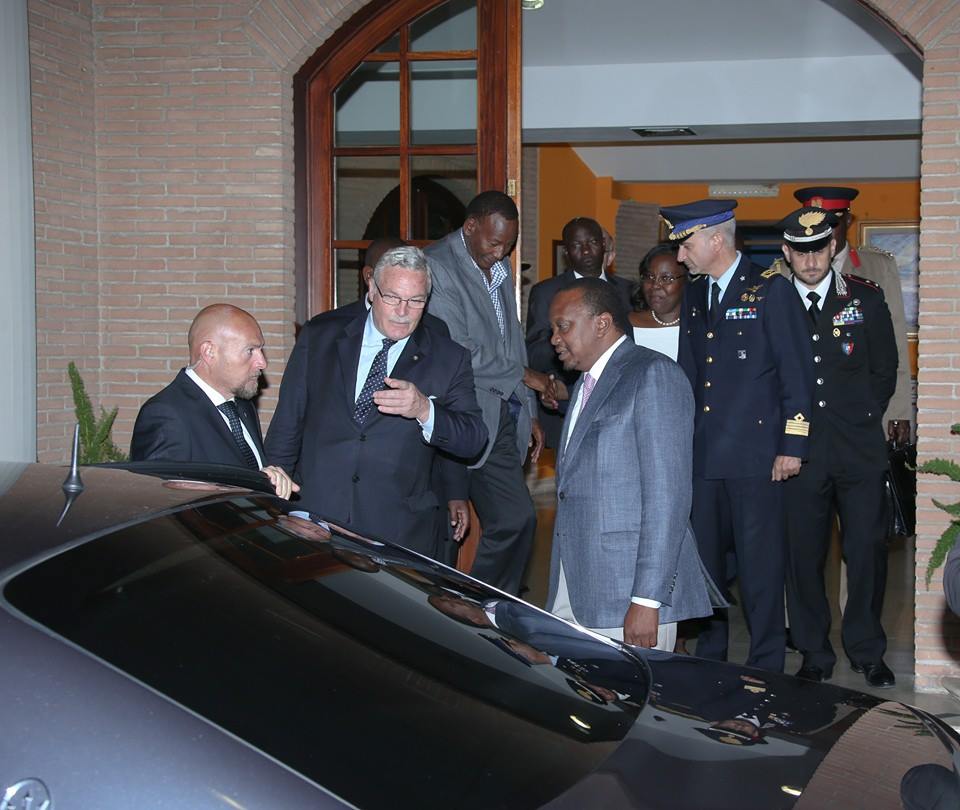 The signing of the agreement at State House, Nairobi, according to the PSCU, was preceded by bilateral talks where President Kenyatta and Prime Minister Renzi agreed to strengthen cooperation between Kenya and Italy in security, especially in the fight against terrorism. 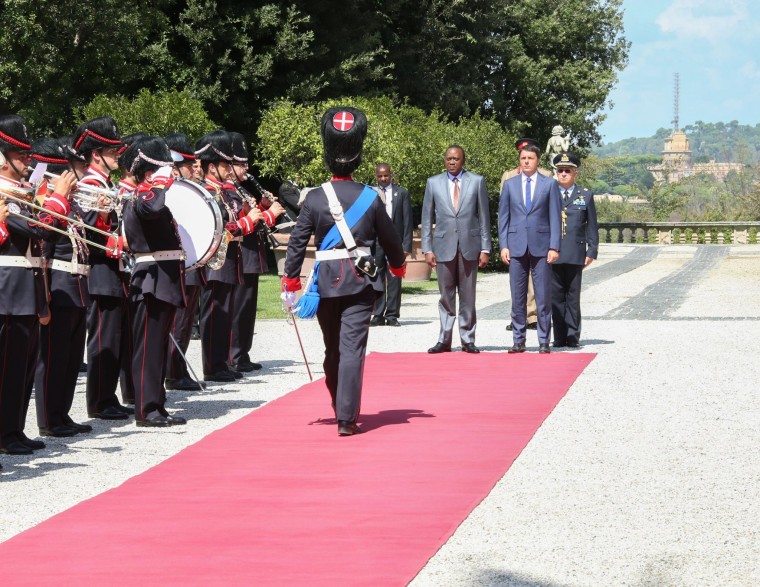 NAIROBI, Kenya, Sept 5- President Uhuru Kenyatta and First Lady Margaret Kenyatta were to travel to Italy on Sunday for an official visit, as well as to attend the Milan Expo.

During the visit, a statement from State House spokesperson Manoah Esipisu says, the President will hold talks on bilateral issues with Italian Prime Minister Matteo Renzi.

At the Milan Expo, the President will preside over Kenya Day; he will also launch Kenya’s new international brand campaign.

The new international campaign, developed by the Ministry of East African Affairs, Commerce and Tourism, will include the activation of a new digital content portal and supporting social media platforms, designed to be the focus for all international tourism and investment enquiries.

“Milan is a primary tourism-promotion event and Cabinet Secretary Phyllis Kandie, responsible for Tourism, Commerce and East African affairs, is the lead Kenyan minister at the event,” he said.

“The introduction of the new brand campaign and portal will bring all of the ministry’s existing and future campaigns together to tell Kenya’s story with one shared voice.”

Kenya will also hold a Business Forum to offer the Italian and Kenyan business communities a chance to explore opportunities for joint trade and investment ventures.

A mini-marathon and a Cultural Day are some of the activities expected in Milan during the Kenya week.

Eating Fruit Can Change Your Life