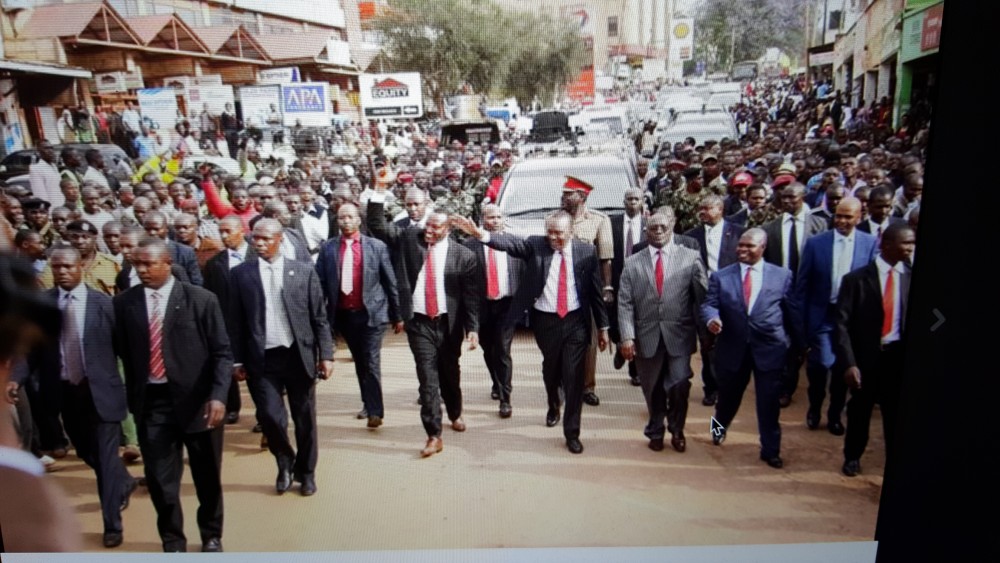 President Uhuru Kenyatta will from Saturday make a three day tour to several parts of North Rift and Western Region.

During the tour, the President will inspect, commission and launch a number of development projects in the areas.

According to an itinerary sent to newsrooms on Wednesday by the Presidential Strategic Communications Unit (PSCU), Uhuru’s visit will take him to Kakamega, Bungoma, Kisumu, Uasin Gishu, Elgeyo Marakwet and West Pokot counties.

On Saturday, the President will be in Bungoma, where he will open the Lwakhakha border point before issuing Kibabii University its charter.

On Sunday, the head of State will attend a service at the Anglican Church of Kenya in Kisumu, then proceed to Eldoret State Lodge where he will meet leaders from the North Rift region in the evening.

On Monday, Uhuru will be in Illula on the outskirts of Eldoret town, where he will Commission the Kaplimo-Kapkoi road which lies at the boarder of Uasin Gishu and Elgeiyo/Marakwet counties.

The President is also scheduled to inspect the Kenya Medical Training College (KMTC) Kapenguria campus in West Pokot County during his tour.

It is expected that the President will use the tour to tackle several issues among them corruption, deteriorating economy as well us drum up support for his government as the 2017 polls nears.