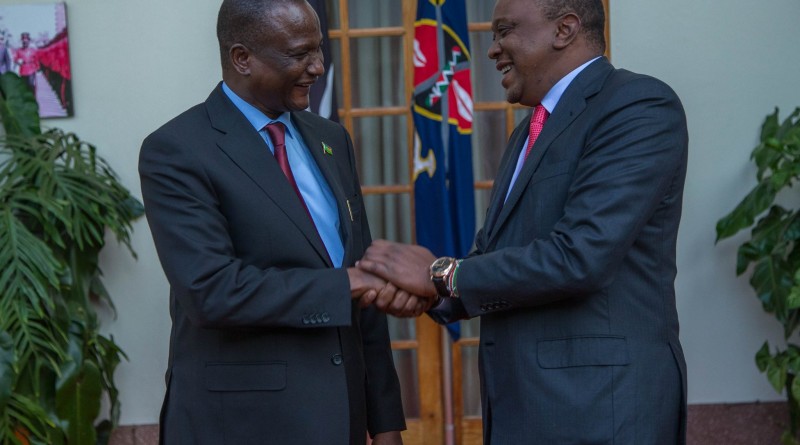 Mr Deng Gai explained the efforts by the Government of President Salva Kiir to implement the peace accord in line with the IGAD recommendations.

Early this month, the Government of South Sudan agreed to the deployment of protection forces in the capital Juba after a crucial regional summit in the Ethiopian capital Addis Ababa that was attended by President Kenyatta.

First Vice-President Gai led the South Sudan Government delegation to the Addis Ababa summit known as IGAD-Plus while Goi Jooyul Yol, SPLM/IO representative to the African Union, led the representatives of Riek Machar at the meeting.

President Kenyatta briefed on developments in S. Sudan Reviewed by samrack on August 16, 2016 .