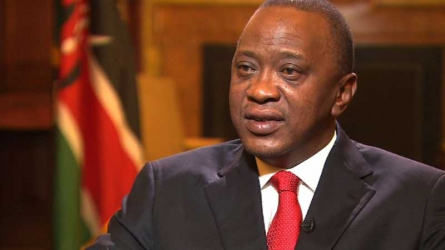 President Uhuru Kenyatta and members of his immediate family today joined other mourners to eulogize his elder sister the Margaret Wambui Kenyatta was laid to rest  at a private ceremony .
Deputy President William Ruto led other dignitaries in lauding the late Margaret Kenyatta’s efforts in fighting   for the rights of african women terming her a role model and mentor to many.
President Kenyatta used the occasion to urge political parties to embrace the two third gender rule and include more women in various positions of representation.