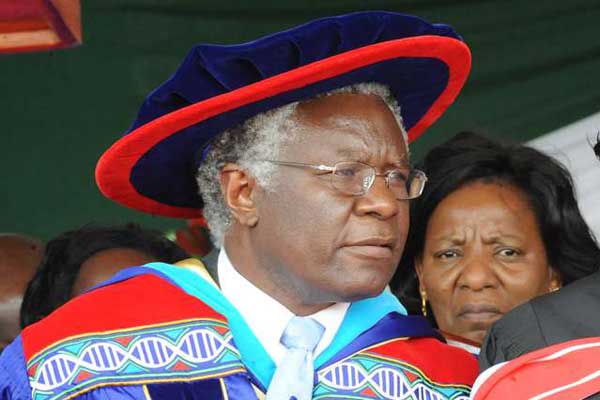 Friends and family of Kenyan scholar Calestous Juma are holding prayers for the late university lecturer ahead of his burial in Busia County on Saturday.

The prayers are being held at the Holy Family Minor Basilica in Nairobi.

Present the late scholar’s wife Alison Field-Juma and a host of friends who worked with him in various institutions, including Supreme Court judge, Justice Jackton Ojwang.

A programme released by the family says the ceremony was set to begin at 12.30pm with a procession from the Lee Funeral Home.

This will be followed by a requiem mass which will commence at about 2pm and end an hour later.

Prof Juma, who died on December 15 in the US, is survived by his wife Alison, son Eric and sister Roselyda Nanjala Kwada.

While condoling with the family, President Uhuru Kenyatta and his Rwandan counterpart Paul Kagame, described the late lecturer as a distinguished scholar and patriot whose dedication to Kenya and the world was visible in the various institutions, foundations and centres he founded.

“Those who had the pleasure of meeting him — or communicating with him online and off — will testify to his warmth, his love of learning, and his great generosity,” said Mr Kenyatta.

President Kagame said, “We have lost a brilliant mind who was dedicated to innovation, education and Africa’s prosperity.”

“Calestous was a tireless champion for economic and social development in Africa. His legacy will live on through the fruits of his many years of work as an impassioned scholar, fearless advocate and mentor to students and policymakers around the world,” said a message from Bill and Melinda Gates Foundation.

At the time of his death, Calestous Juma was a professor of the Practice of International Development and Director of the Science, Technology, and Globalization Project at the Belfer Centre for Science and International Affairs at Harvard Kennedy School.

Dr Juma joined Harvard University’s Kennedy School of Government as a Visiting Fellow in its Belfer Centre for Science and International Affairs in 1999.

The Budalang’i-born scholar began his career as a science teacher in Mombasa between 1974 and 1978 before becoming the first science and environment journalist for Daily Nation between 1978 and 1979.

He later started his own magazine, Ecoforum.

It was during his brief stint at the Nation that environmental issues were prominently covered by Kenyan media.

He later worked as an editor and researcher at the Environment Liaison Centre in Nairobi between 1979 and 1982.

The scientist, who attained a teacher’s certificate from Egoji Teacher’s College in 1974, also held a PhD in Science Policy Research from the University of Sussex.

Prayers held ahead of scholar Calestous Juma’s burial Reviewed by samrack on January 4, 2018 .

Share thisFacebookTwitterPinterestEmailWhatsAppPrayers held ahead of scholar Calestous Juma’s burial Friends and family of Kenyan scholar Calestous Juma are holding prayers for the late university lecturer ahead of his burial in Busia County on Saturday. The prayers are being held at the Holy Family Minor Basilica in Nairobi. Present the late scholar’s wife Alison Field-Juma and