Painful homecoming for man whose wife died in India 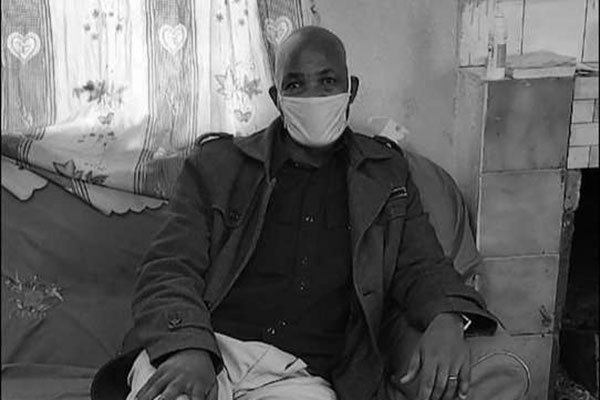 Painful homecoming for man whose wife died in India

When the Kenya Airways Flight 205 landed at the Jomo Kenyatta International Airport, Nairobi, from Mumbai on Thursday evening, Mr Geoffrey Imathiu could not help but heave a sigh relief.

The last leg of his journey to bring his wife home had finally begun. Only not the way he had imagined. He had hoped they would come back walking hand in hand.

Instead he walked out of the plane while his wife’s body was pulled out of the cargo end of the aircraft. One word to describe his experience abroad since March is “terrible”. This, he says, is not something he would wish on even his worst enemy.

In a conversation with the Nation, he takes us through his journey without much emotion. It was not until we asked about his wife’s name that he choked with emotion as he whispered it.

Mr Imathiu had first travelled to India with his wife, Agnes Imathiu, to seek treatment for stomach cancer late last year, and it was a complete success.

He then went back for the second round of treatment in India in February, and doctors informed him that she was doing excellent and was well on her way to recovery.

“It was on a Sunday and we were due to travel back to Kenya the next day. We went to church, and went back to the hotel for a cup of tea before I left to go to look for food,” he says.

When he came back, however, he found her seated at the table. Upon calling out her name he realised she was unresponsive and could not move.

He called an ambulance to take her to the hospital, where she was admitted in the intensive care unit. She had suffered a stroke and eventually died on March 29.

“We had gone to seek treatments for cancer but it is not what eventually killed her. I was gutted because she was given a clean bill of health a few days before, and had hoped we could finally come home and pick up from where we left off,” he says.

After his wife’s death, Mr Imathiu’s life took a different turn because by this time, India was on lockdown and he could not come back home.

He also had to look for a private mortuary to store his wife’s body as the hospital they were in did not keep bodies for longer than two days.

He hoped to find a cargo plane that would bring the home for his children to bury, as he waited for a chance to come home, but that was not possible as all the factories were shut and there was nothing to export to Kenya.

During his stay, he developed stress, and his stomach acidity levels went up, requiring him to go to hospital.

Mr Imathiu was, however, determined to bring his wife back home, and he says it is this determination that kept him going despite the hardships he faced.

“We were considered internationals there and so we were not allowed to go out. We could not go out and could only send the locals to buy food for us. Sometimes they would come back empty-handed, given the shortages in that country,” he says.

The pain and solitude of being quarantined abroad, with no way of coming back home is something Mr Ambrose Njeru, who was stranded in the United Kingdom, is all too familiar with.

Mr Njeru says that the first and second week of lockdown was a challenge because people went shopping for commodities in supermarkets and the essential items were finished within no time.

“When Kenya Airways announced of a charter flight for Kenyan citizens on April 20 from London to Nairobi, this became my happiest moment – I would reunite with my family,” he says.

Back in India, Mr Imathiu was experiencing the same sense of relief, and he immediately made plans to get his wife’s body out of the mortuary and travel back home.

The government paid for their travel from Bangalore to Mumbai. He is grateful for this and thanks the High Commissioner, Mr Willy Bett, who played a big role in enabling him to travel back with his wife’s body.

When he arrived in the country, he was able to get a permit at the airport to travel to Meru County, where he found a mortuary to keep the body, as he plans the decent send-off that he worked so hard for.

Painful homecoming for man whose wife died in India Reviewed by samrack on May 10, 2020 .

Painful homecoming for man whose wife died in India When the Kenya Airways Flight 205 landed at the Jomo Kenyatta International Airport, Nairobi, from Mumbai on Thursday evening, Mr Geoffrey Imathiu could not help but heave a sigh relief. The last leg of his journey to bring his wife home had finally begun. Only not