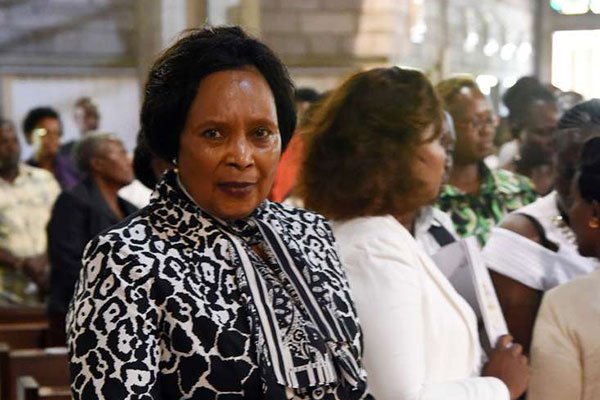 Hours after the government announced several appointments to various positions in State agencies late on Monday, Kenyans have taken to social media to express their displeasure with some of those picked for the posts.

In a special Gazette Notice dated October 14, President Uhuru Kenyatta announced he had appointed eight people to the State Corporations Advisory Committee, while the Labour Cabinet Secretary Ukur Yatani announced his pick for the chairperson for the National Employment Authority (NEA).

It is CS Yatani’s choice that has outraged Kenyans, who wondered whether the appointment of former Othaya member of Parliament Mary Wambui was done on merit.

Kenyans including political leaders, on social media, claimed Ms Wambui is out of touch with the realities of young unemployed graduates in the country.

They have also questioned the former lawmaker’s capacity to deliver on her new mandate.

Dismissing the appointment, ruling Jubilee party’s nominated Senator Millicent Omanga described it as a sad day and a spat on the face of Kenyan youth.

Senator Omanga expressed doubts that Ms Wambui possesses the ability “to craft strategies and policy formulations” to eradicate youth unemployment in the country.

“Does Wambui have the remotest idea what it feels like to hold a degree certificate yet you can’t find a job with it?” Ms Omanga posed, arguing that by hiring her, the government had demonstrated its lack of seriousness in addressing the challenge of unemployment.

Others argued that the government was worsening the youth unemployment crisis by appointing a person who is “rich, powerful and well-connected”.

“Hapa ni kubaya. Watu wanatolewa retirement kupewa job; sisi wengine tulipe ushuru wapate mishahara (The situation is bad. Retirees are being recalled and offered jobs while the rest of us have to pay taxes for their salaries),” Mutichilo Mike noted.

“When you think you have seen it all, the government pulls another one,” he added.

When he took over power in 2013, the President vowed to fight youth unemployment and to create 500,000 new jobs every year. That has not been the case.

“In a nation where unemployment is a real crisis for the youth, such crucial positions need visionary leaders,” David Musyoka argued, adding that it should not be “reward schemes for political loyalty”.

“We are now lacking direction,” Sammy Mohammed lamented, wondering, “how can we grow our economy by recycling these old MPs?”

Mr Mohammed went on to suggest that the President should “try one of us” to assess the youth’s competency and suitability.

Mary Wambui, a businesswoman and politician, was the MP for Othaya Constituency, Nyeri County from 2013 and 2017.

According to data from the Kenya National Bureau of Statistics, nine out of every 10 unemployed Kenyans are below 35 years.

The bureau puts the overall unemployment rate in the country at between 7 and 12 percent, a figure that is disputed.

Outrage over Mary Wambui appointment to Employment Authority Reviewed by samrack on October 15, 2019 .

Share thisFacebookTwitterPinterestEmailWhatsAppOutrage over Mary Wambui appointment to Employment Authority Hours after the government announced several appointments to various positions in State agencies late on Monday, Kenyans have taken to social media to express their displeasure with some of those picked for the posts. In a special Gazette Notice dated October 14, President Uhuru Kenyatta announced