Opposition leaders could lose their passports 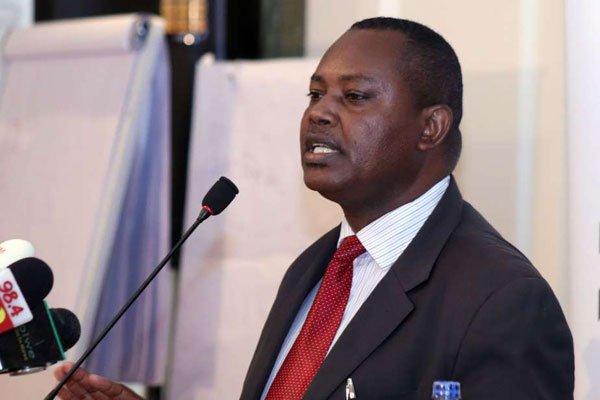 Opposition leaders could lose their passports

At least 10 opposition leaders could have their passports suspended as the Jubilee administration intensifies its crack down on those involved in the “swearing-in” of Nasa chief Raila Odinga as the “people’s president” on Tuesday, the Sunday Nationhas learnt.

Multiple sources at the Interior ministry and the Directorate of Immigration and Registration of Persons, who spoke in confidence, said letters addressed to some of those affected were signed on Friday, ready to be dispatched from Nairobi’s Nyayo House in a move that is likely to trigger legal questions.

As of Friday, the directorate was in the process of writing to the affected opposition leaders to surrender their travel documents.

This is part of a broader plan targeting those who facilitated or attended the controversial “oath” Mr Odinga took before a large crowd at Nairobi’s iconic Uhuru Park, but which was skipped by co-principals Kalonzo Musyoka, Musalia Mudavadi and Moses Wetang’ula.

The immediate step was the banning of the National Resistance Movement (NRM) – an outfit within Nasa, several arrests, withdrawal of bodyguards and revocation of firearms licences of key opposition figures.

They were yet to be back on air despite a High Court order issued on Thursday.

A senior Interior ministry source told the Sunday Nation that Siaya Senator James Orengo, the self-declared NRM “general” Miguna Miguna – who was still in police custody on Saturday despite a court order freeing him on bail – and controversial businessman Jimi Wanjigi, were among those targeted by the Immigration authorities.

But it was not immediately clear if the Nasa principals were also on the radar and if the purge would also target those holding diplomatic passports.

The move to suspend the travel documents, among other measures, was arrived at on Monday at the National Security Advisory Committee (NSAC), which sat in Harambee House to strategise on how to handle the Tuesday “oath” that the authorities had declared illegal.

INTIMIDATION
The NSAC is the second top most security organ and is chaired by the Head of Public Service Joseph Kinyua.

The committee is said to have argued that the State must not allow the Nasa politicians to create mayhem and then flee the country.

It is also a way of exerting pressure on Nasa, keeping its top leaders on the back foot as they fight a series of tough measures.

“The operation will ensure we not only monitor their movements in the country but also see to it they cannot find safe havens elsewhere,” a source said.

But in a terse response to the Sunday Nation, Director of Immigration Gordon Kihalangwa, who our sources said was to sign the letters, denied knowledge of such a plan.

“I am not aware of such action, thanks,” the retired Major-General, who is also the Principal Secretary nominee for Border Control and Registration of Persons, said.

Until his formal appointment as PS after vetting by Parliament, Maj-Gen (rtd) Kihalangwa remains the Director of Immigration, which is a directorate within the Ministry of Interior and Co-ordination of National Government.

MANDATE
The spokesperson for the Interior ministry Mwenda Njoka referred us to the Immigration Department.

“I wouldn’t know if there are such plans. I can only speak about this if there is evidence of the suspension,” Mr Njoka said.

Section 31(1h) of the Kenya Citizenship and Immigration Act 2011 gives a wide latitude to the Director of Immigration to confiscate or suspend a passport or other travel document.

“An immigration officer or any other law enforcement officer may suspend or confiscate a passport or other travel document where, subject to the Constitution, any other circumstances which in the opinion of the Director would be prejudicial to the interest of the State or holder of the passport,” the Act states.

The Act provides that once the confiscation or suspension is formally communicated, the concerned parties have 14 days within which to file an appeal to the High Court.

TRAVEL
According to Mr Salim Lone, an adviser to Nasa boss Raila Odinga, himself one time victim of similar action after the Moi regime stripped him of his Kenyan citizenship in 1986, even though the effect of the suspension could be grave, the government would have to give proper justification for suspending or confiscating anyone’s passport.

“It was easy for activists to get one from friendly neighbouring countries like Uganda but for a senior official that’s not easy though a famed Ugandan opposition leader had one from another African country.

“But he couldn’t travel to Uganda of course. Others travelled on UNHCR (the United Nations refugee agency) travel documents once certified as refugees,” Mr Lone said.

MPs ARRESTED
However, Article 12(1b) of the Constitution guarantees the right of every Kenyan to hold a passport and “may be denied, suspended or confiscated only in accordance with an Act of Parliament that satisfies the criteria mentioned in Article 24 (of the Constitution)”.

It is this right of citizens to hold a passport that is likely to be used to challenge any suspension of the travel document in court.

The aftermath of Nasa “oath taking” on January 30 has made the government clampdown on opposition leaders involved in the event.

So far, MPs Tom Kajwang’ (Ruaraka) and George Aladwa (Makadara) as well as lawyer Miguna Miguna have been arrested.

Mr Kajwang’ was arraigned in a Ngong’ magistrate’s court on Thursday but did not take a plea and was released on a Sh50,000 cash bail.

The court also ordered Mr Miguna’s release from custody after posting a Sh50,000 bond although he remains in police custody in unclear circumstances.

NRM OUTLAWED
It is feared that more opposition figures could be arrested in the coming days although police commanders have remained tight-lipped on those targeted.

Police are acting on the strength of a Gazette notice issued by Interior Cabinet Secretary Fred Matiang’i on January 30, which declared NRM a proscribed organisation.

Mr Aladwa was arrested on Friday night and freed on a police bond yesterday.

“He was questioned in relation to an attack at Kalonzo Musyoka’s home. That is the preliminary investigation.

“The Directorate of Criminal Investigation is handling the matter and has more information.”

ALADWA
The spokesman was referring to a January 30 incident at Mr Musyoka’s home in Karen in which he claimed a grenade was thrown into the compound by gunmen who also opened fire.

But Mr Aladwa’s lawyers had a different version of the reason police arrested the MP.

“The charges relate to the swearing- in of Raila Odinga. Nothing else. Acheni kuandika uongo (Stop writing untruths),” Mr Nelson Havi, one of his lawyers, said, adding that the other charge was participating in an illegal assembly.

The MP was freed on condition that he must report to the police at 11 am on Tuesday.

In the crack down, police bodyguards assigned to some of the politicians have also been withdrawn.

The politicians’ firearms licences have also been revoked and letters sent to them explaining the implications.

“I would also remind you that in view of this revocation, you are now illegally in possession of firearms and ammunition.

“The said firearms should be surrendered alongside the certificate latest by February 1, 2018,” the letter by Chief Licensing Officer Samuel Kimaru reads.

Dagoretti North MP Simba Arati, one of those who received the letters, rushed to court and obtained an order suspending the revocation.

“They first took away my security, then my home was attacked with a hand grenade and two bullets shot from an AK-47 the next day. Now, they have come for the last thing I could use to defend myself.”

POLICE DIRECTIVE
Mr Mudavadi also complained about the revocation of the licence of a firearm he has owned since 1993 and also withdrawal of a security detail provided by the State.

But Mr Owino, the police spokesman, said the revocation was in order.

“NRM is a proscribed organisation through a Gazette notice issued by the Cabinet Secretary (Fred Matiang’i).

“If you are a member of an illegal group and you have not denounced it, you cannot be allowed to possess a firearm.

“There is no way a government can arm members of an illegal organisation otherwise we would be contradicting ourselves,” the police spokesman told the Sunday Nation.

He went on: “And if we had given someone security, it is equivalent to arming him because security officers carry guns. If it is misused we would have ourselves to blame.”

SOCIAL MEDIA
Besides the oath taking, Director of Criminal Investigations George Kinoti disclosed that detectives are investigating other serious offences like arming civilians.

He said that Mr Miguna was among those being probed.

“We had a court order. It was a warrant authorising us to hold the suspect and search all areas where we believe the perceived implements of commission of offences are hidden or placed,” Mr Kinoti told the Sunday Nation.

As part of the measures to cut down to size opposition leaders, Jubilee will also be narrowing down on financial transactions of senior Nasa figures, especially bank transactions, with a view to knowing what they spend their monies on.

Social media is also being monitored and a shutdown is not a remote possibility, according to our Interior ministry sources.

Opposition leaders could lose their passports Reviewed by samrack on February 3, 2018 .

Opposition leaders could lose their passports At least 10 opposition leaders could have their passports suspended as the Jubilee administration intensifies its crack down on those involved in the “swearing-in” of Nasa chief Raila Odinga as the “people’s president” on Tuesday, the Sunday Nationhas learnt. Multiple sources at the Interior ministry and the Directorate of Immigration