The Massachusetts Department of Public Health reports that in 2016 there were 2094 opioid-related overdose deaths in the Commonwealth, which was up a whopping 24% over 2015. In the first 9 months of 2017, there were 932 confirmed opioid-related overdose deaths and the DPH estimates that there will be an additional 491 to 582 deaths through the end of 2017. This DPH estimate of somewhere between 1400 and 1500 deaths is actually positive news in that we can expect to see a significant drop from last year’s total. 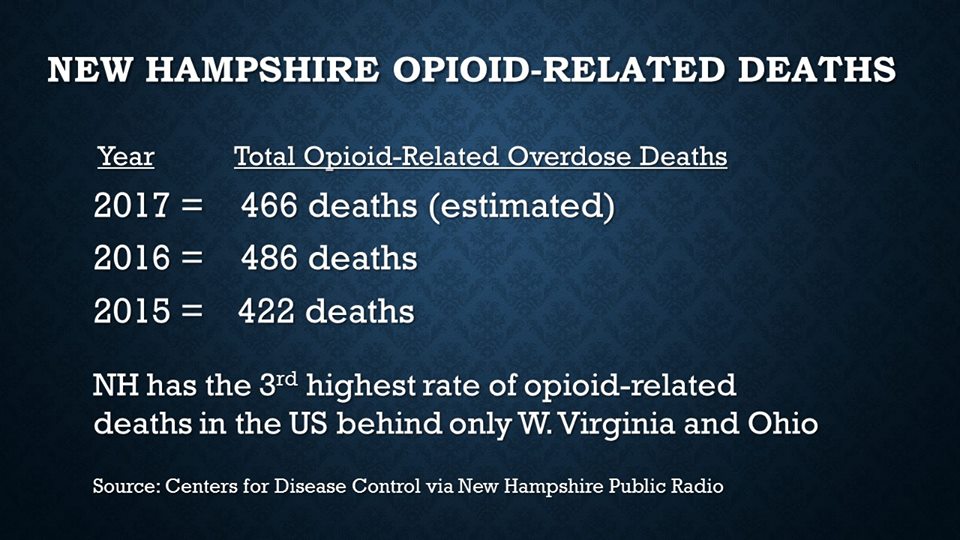 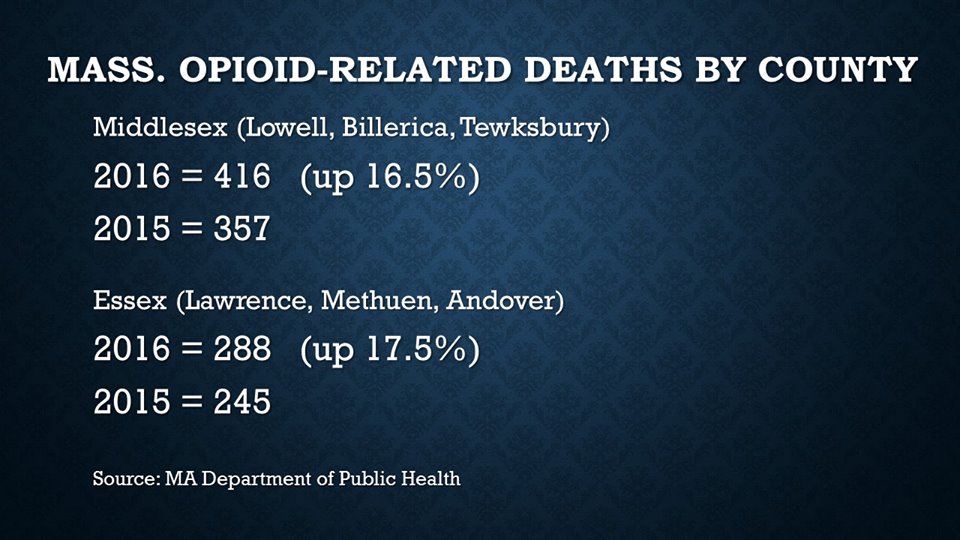 In Massachusetts, Essex County (which covers Lawrence, Haverhill and Methuen) had 288 fatal opioid overdose deaths in 2016, which was up from 245 confirmed deaths in 2015.

Overall the number of deaths from Opioids in the northeast are trending down slightly in 2017.

Police say they believe the decreases are partially due to increased narcan use, and law enforcement cracking down on fentynal and carfentynal distribution in the region.