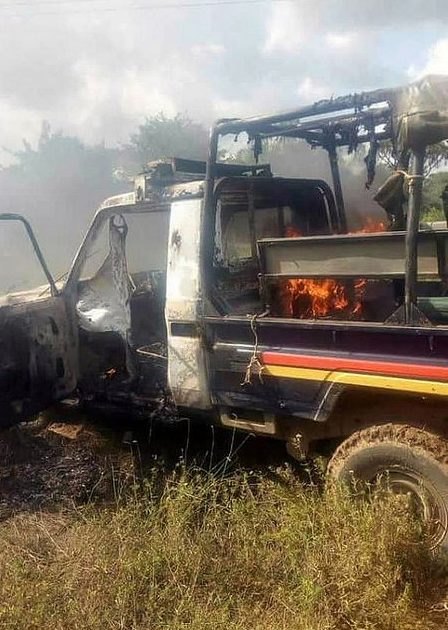 Police officer killed,two others injured in an ambush by Al-Shabaab militants at Milihoi in Lamu;Transport paralyzed Pic: Photo Courtesy

One police officer was killed and two others critically injured following an attack by al Shabaab militants at Ndeu area in Lamu County. The officers were travelling back from Lamu law courts to Mpeketoni when they were attacked at around 2pm today. Three officers are still missing following the attack. A police land cruiser and another private vehicle that was headng to Lamu were set ablaze by the attackers before they vanished into Boni forest. Authorities say a multi-agency team is pursuing the attackers.

One officer killed and two others critically injured following an attack by al Shabaab militants Reviewed by samrack on July 26, 2018 .