Olive Mugenda to retire as KU VC on Friday 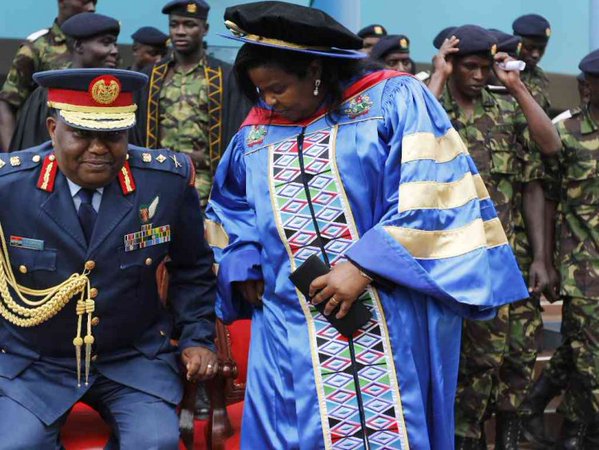 Olive Mugenda to retire as KU VC on Friday

Kenyatta University Vice-Chancellor Professor Olive Mugenda has announced she will retire on Friday.

Mugenda made the announcement on Tuesday during a ground-breaking ceremony for the International Language and Culture Center at the Kenyatta University main campus.

Mugenda has served as Kenyatta University VC for 10 years.

Mugenda had been reinstated  as KU VC in January pending the determination of a case on her terminal leave.

Council chairperson Ratemo Michieka had said the Labour Court’s advice for the VC to proceed on leave “was not an order”.

Michieka announced that Mugenda would remain in office, contrary to the court’s directive that she take leave pending the determination of a case which sought to  remove her  from office.

This was after activist Okiya Omtata filed the petition saying Mugenda had served her term and was required to vacate office.

Omtatah also wanted the position “properly advertised as per the requirements”.

Mugenda is set to retire in March. She was appointed Vice Chancellor in 2007 and reappointed by former president Mwai Kibaki in 2012 for another five-year term.

Olive Mugenda to retire as KU VC on Friday Reviewed by samrack on March 15, 2016 .