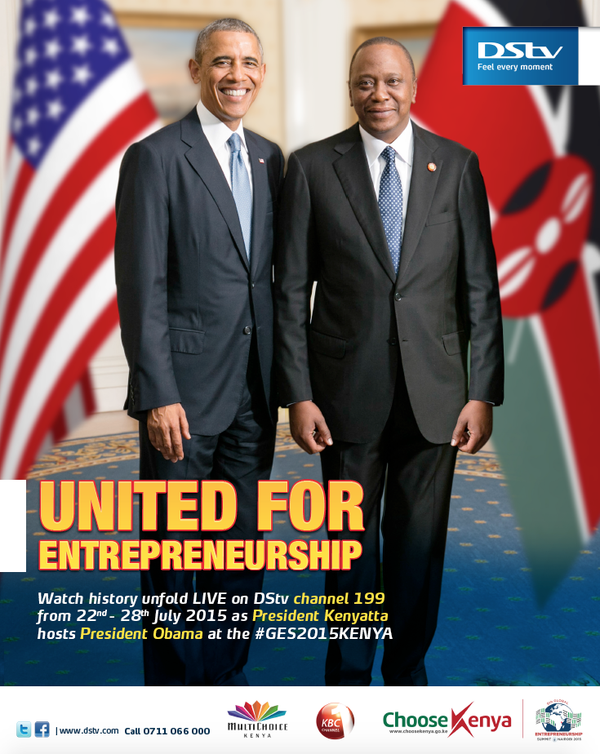 In advance of President Obama’s trip to East Africa on July 23, the Africa Growth Initiative has prepared short travel companions on the economic environments in both Ethiopia and Kenya. The president’s visit to Kenya, one of the larger economies on the continent and a major driver of growth in the East Africa region, underlies the United States’ commitment to trade and investment on the continent. Below are key facts on Kenya’s economy to consider as President Obama travels to the region. Facts on Ethiopia can be found here.

Kenya enjoys middle-income status. Earlier this month the World Bank confirmed Kenya’s lower-middle-income country status according to their latest estimates of the gross national income per capita. This followed from the statistical reassessment of GDP figures that increased the size of its economy by 25 percent  ($53.3 billion up from $42.6 billion) last September, making it the continent’s ninth-biggest economy, accounting for over 2 percent of the continent’s GDP.

Kenya has undertaken initiatives to attract private sector investment. According to the late Brookings Senior Fellow Mwangi Kimenyi, the nation’s strong private sector evolved under relatively market-friendly policies for most of the post-independence era. Foreign direct investment is further expected to take the lead in growth acceleration, especially in the extractive sector if the newly discovered oil deposits are found to be commercially viable. Large-scale infrastructure projects, such as the Mombasa-Kigali standard-gauge railway and the Lamu Port and Southern Sudan and Ethiopia Transport (LAPSSET) corridor, also incentivize private sector engagement. Kenya has been among the top recipients of external financing for infrastructure investment during 2009-2012, primarily led by Private Participation in Infrastructure (PPI) Financing.

Kenya acts as a hub for regional integration and the East African Community (EAC).Among the six Country Policy and Institutional Assessment (CPIA) indicators of the African Development Bank, infrastructure and regional integration registered the score of 4.6 in Kenya, the second best in Africa. As a regional export and financial hub, Kenya plays a leading role in the EAC and regional integration. Two Kenyan cities, Nairobi and Mombasa, are the biggest city and port (respectively) between Cairo and Johannesburg, making Kenya the commercial and transportation hub of East Africa.

Kenya has experienced service-led growth over the last decade. Kenya’s market-based economy enjoys some of the strongest service-sector industries, including the financial and the information and communication technology sectors, which play key roles in economic transformation and job creation in Kenya. Besides, travel and tourism made up 12.1 percent of Kenya’s GDP in 2013, and the nation is frequently cited as one of the best tourist destinations in Africa.

Nearly one out of every two women in Kenya is a member of a women’s saving group, which are voluntary groups formed to  help women overcome barriers to financial participation. Called chamas, these groups allow women to mobilize savings and collectively invest to improve their livelihoods by contributing a certain amount of money to a pooled fund.

Kenya has a thriving manufacturing sector. Kenya is slowly diversifying exports away from agricultural commodities and increasing value-added processing. In 2014, roughly 70 percent of Kenya’s exports to the U.S. were textile- and garment-based, in which the African Growth and Opportunity Act (AGOA) has played a key role. The recent extension of AGOA for another decade opens up further opportunities for growth and revival of the textile and apparel industry in Kenya.

Youth in Kenya are experiencing much higher unemployment rates than the rest of the Kenyan population. Though Kenya boasts of its young, educated and English-speaking human resource pool (especially in the urban areas), it continues to struggle with high unemployment rate among young people, which is estimated to be double the national level of unemployment of 12.7.

Spatially unbalanced growth in the Kenyan economy continues to be evident. Kenya has made substantial progress towards achieving towards achieving the targets associated with the Millennium Development Goals, including child mortality and near universal primary school enrolment. However, it still has a long way to reach the set targets: Over 40 percent of its 44 million population continues to be extremely poor living on less than $1.25 a day, with women being particularly at risk.

Implementation challenges of fiscal decentralization remain. Under the new constitution, county governments are entitled to not less than 15 percent of the total national revenue collected by the Kenyan central government. This fiscal devolution can bolster social cohesion, by increasing accountability in the management of public resources, and improving the quality of services delivery. However, it is crucial that this devolution is implemented successfully with equitable access to resources to all parts of the country. AGI’s Kenya Devolution and Revenue Sharing Calculator serves as a web interactive allowing users to explore and adjust the government of Kenya’s allocation formula for revenue distribution to county governance structures.

Kenya’s infrastructure remains insufficiently developed in spite of the fact that over the last five years, nearly 27 percent of the national budget has been allocated to transport, energy, water and sanitation, and environment-related infrastructure. Kenya was a pioneer in the use of infrastructure bonds in Africa, with its first issuance in 2009 of a 12-year bond which raised $ 232.6 million but further substantial investment in infrastructure is critical to achieving  Kenya Vision 2030 to become a globally competitive country.

Amadou Sy is director of the Africa Growth Initiative and currently serves as a member of the Editorial Board of the Global Credit Review. His research focuses on banking, capital markets, and macroeconomics in Africa and emerging markets

Share thisFacebookTwitterPinterestEmailWhatsAppDStv launches a dedicated channel to broadcast Obama’s visit. Obama’s trip to Kenya: Economic highlights In advance of President Obama’s trip to East Africa on July 23, the Africa Growth Initiative has prepared short travel companions on the economic environments in both Ethiopia and Kenya. The president’s visit to Kenya, one of the larger