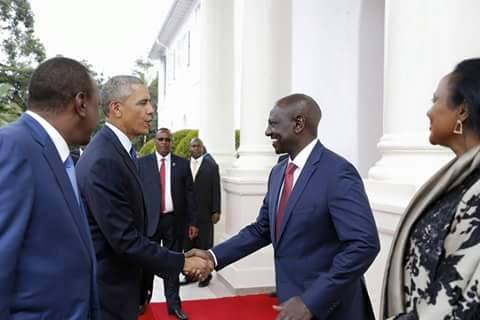 The US president shook hands with Mr Ruto after inspecting a guard of honour.

This was the first time Mr Ruto and Mr Obama met face-to-face since he arrived in Kenya on Friday. 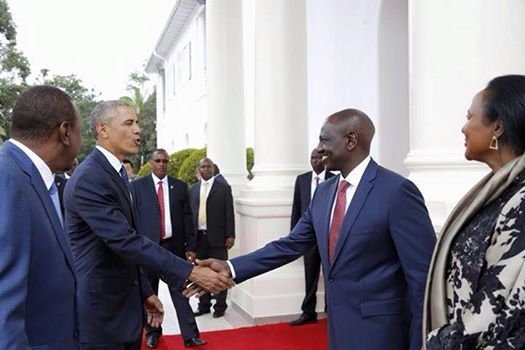 President Uhuru Kenyatta led the Kenyan delegation during the talks.

Kenya’s Nation Newspaper reported Mr Ruto was not at Jomo Kenyatta International Airport on Friday when Mr Obama arrived and was received by President Kenyatta.

He was also not present at the opening of the Global Entrepreneurship Summit in Gigiri on Saturday morning.

At State House, Mr Ruto sat next to President Kenyatta and opposite the US president and his delegation. 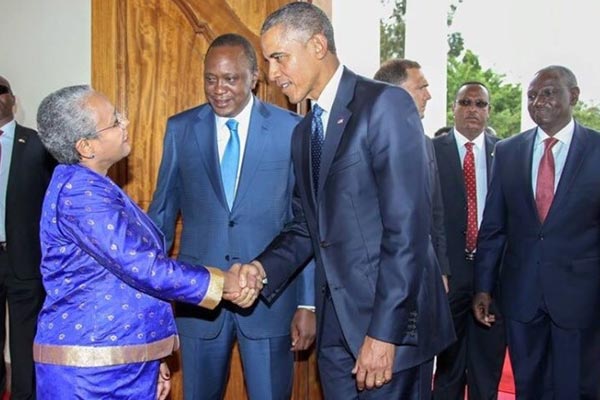 Obama meets First Lady Margaret, with Ruto (right) following at the back, on Saturday at State House.

Speculation and debate have surrounded Mr Ruto’s role during the President Obama’s visit, since he is being tried at the International Criminal Court on charges of crimes against humanity charges.

President Kenyatta, at a press conference early this week, said, “As far as I am concerned, the president of the US is coming to attend the Global Entrepreneurship Summit. He is coming to meet the government of Kenya and that includes the Deputy President.

“The last time I checked, the Deputy President was still part of this government,” Mr Kenyatta said.

On Wednesday, US National Security Adviser Susan Rice said Mr Obama had “no plans for any separate engagements” with Mr Ruto.

This means that the Deputy President will only meet the US leader at public events to which government officials have been invited.

“He is a member of the government and so will be present at some of the events,” she added in regard to Mr Ruto. 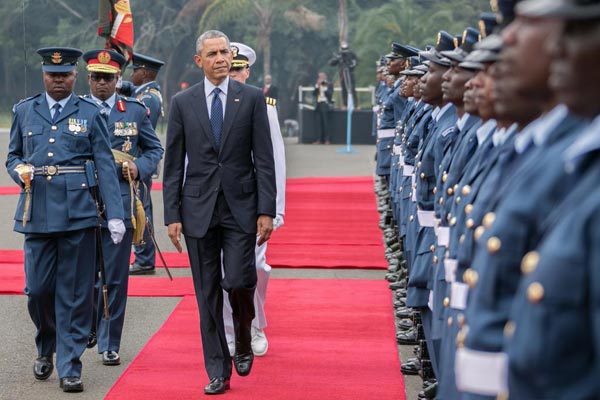 Obama inspects a guard of honour at State House, Nairobi, on Saturday.

US President Barack Obama was at State House, Nairobi, on Saturday for bilateral meetings attended by Kenya’s Deputy President William Ruto. The US president shook hands with Mr Ruto after inspecting a guard of honour. This was the first time Mr Ruto and Mr Obama met face-to-face since he arrived in Kenya on Friday. President