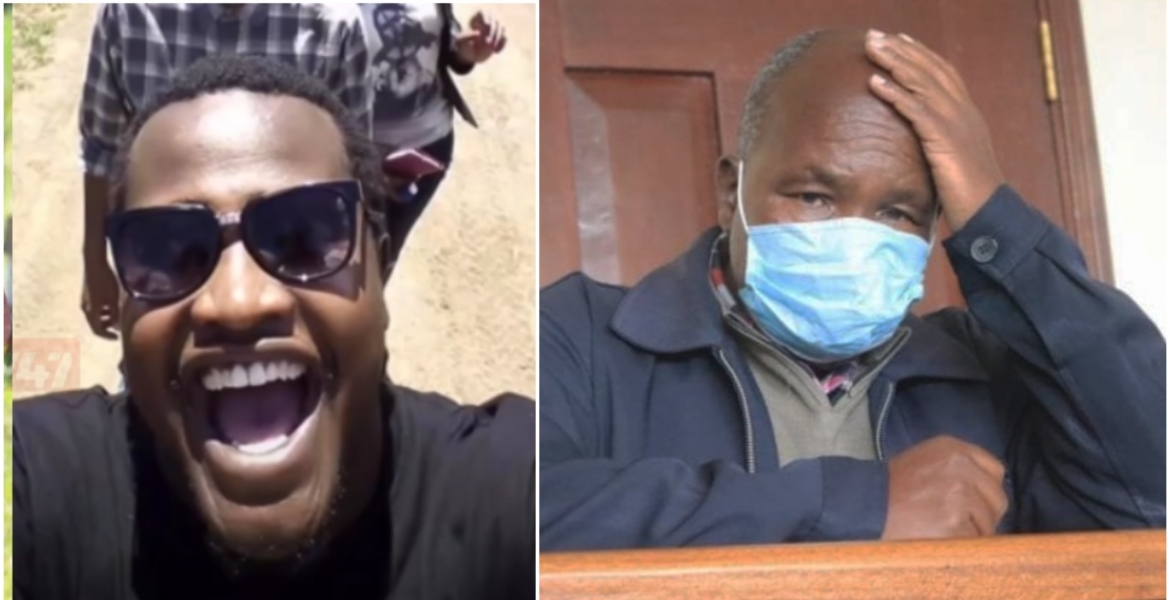 A Nyeri tycoon accused of hiring hitmen to kill his son over insurance money has died.

Stephen Wang’ondu is said to have died of COVID-19-related complications while undergoing treatment at Outspan Hospital in Nyeri on Friday night.

His death came just a day after he was reportedly released from King’ong’o Prison after paying Sh1 million bond granted to him by a Nyeri court last month.

The 74-year-old businessman is charged with the murder of his 32-year-old son Daniel Mwangi, who was brutally killed at the entrance of his home in Wendiga village, Mweiga on December 31st, 2020. The deceased was driving home from Mweiga town when armed men waylaid him at the gate.

Investigations by detectives from the Directorate of Criminal Investigations (DCI) revealed that Wang’ondu hired hitmen for Sh100,000 to eliminate his son.

It emerged that Wang’ondu filed insurance claims barely two weeks after his son’s murder and burial. There were also claims that he was also in a secret love affair with his son’s estranged wife.

Wang’ondu is also alleged to have received a handsome insurance payout after his other son Emmanuel Thuita died mysteriously in 1995. He was a Form Three student at Kiaganja Secondary School in Nyeri.

Nyeri Tycoon Accused of Hiring Hitmen to Kill Son Dies a Day After Leaving Prison Reviewed by samrack on May 11, 2021 .