The late Gakuru was the third legislator to hold the office of Governor in Nyeri county. Gakuru passed on following a tragic road accident on Tuesday, November 7, in Kabati along the Thika-Kenol Highway in Murang’a county.

The car Gakuru was travelling in to Nairobi was involved in a freak accident in Kabati. 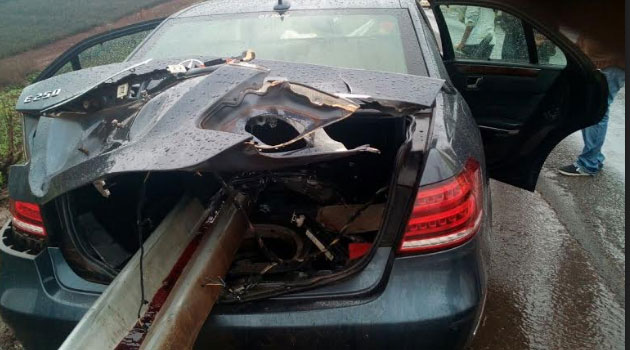 The late Gakuru won the Nyeri gubernatorial seat in the August 8 General Election, beating former governor Samuel Wamathai and Munene Kairu. During a past rally in Nyeri, Gakuru was quoted saying that it was by the grace of God that he won the gubernatorial seat after his opponents ran fierce smear campaigns against him. The late Gakuru beat Wamathai after the latter assumed office upon the death of the first Nyeri governor; Nderitu Gachagua. The late Gachagua passed away on February 24, while receiving treatment at the Royal Marsden NHS Foundarion Trust hospital in London.

Nyeri Governor Wahome Gakuru died on Tuesday morning in a road accident on the Thika-Murang’a Highway.

Gakuru was pronounced dead at the Thika Level Four Hospital where he had been rushed for emergency treatment alongside his driver and Personal Assistant who is in critical condition.

County officials say he was pronounced dead on arrival at the hospital.

The Council of Governors had just started plans to airlift him to Nairobi Hospital shortly before he passed on.

Royal Media Services has confirmed that the governor was headed to Inooro TV for a morning interview.