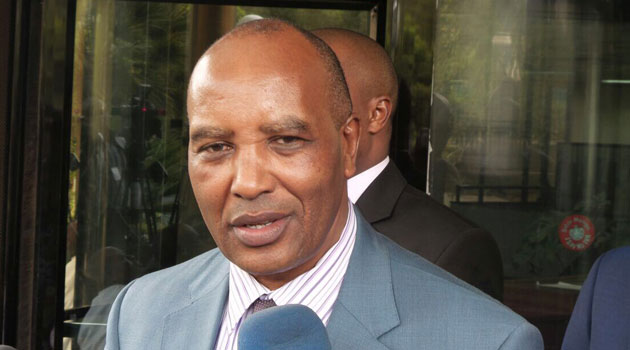 Nyandarua has emerged the winner of this year’s World Bank ranking for top-performing counties under the Kenya Devolution Support Programme (KDSP).

At a Council of Governors’ meeting held in Naivasha since Tuesday, an urban specialist with the Bretton Woods institution Abdu Muwonge announced that Nyandarua had scored 86 per cent in the most recent assessment to put it ahead of the 46 other devolved units.

Governor Francis Kimemia, who was present, as he witnessed his County improve from the second slot it held behind Busia County in results announced last August.

The initial Sh283 million awarded to Nyandarua at the time was allocated to an upcoming potato processing plant, with the second allocation from the current win also set to be injected into the project.

Governor Kimemia commended the County’s public service for excellence in public finance management; planning, monitoring and evaluation; human resources management; devolution and intergovernmental relations; civic education and public participation; alongside environmental and social safeguards, all of which are key performance areas under the KDSP.

The County boss announced that his second focus would be on improving milk processing, followed by revamping such health facilities as the JM Kariuki Memorial Hospital to cope with increasing populations.

Just over two weeks ago, Nyandarua tied with Makueni for impeccable book-keeping among all the devolved units in a report released by the office of the Auditor General, shortly after the Kenya National Bureau of Statistics had ranked the County as one of the best investment destinations.

Governor Kimemia has also transferred his administrative skills from the National Government to the County where efficiency, accountability and service delivery is now a must for all public officers.

He recently re-introduced performance contracting in Nyandarua, his brain child while in the National Government, with all public officers committing to seamless service delivery.

Share thisFacebookTwitterPinterestEmailWhatsAppNyandarua wins WB’s top-performing counties under Kenya Devolution Support Program Nyandarua has emerged the winner of this year’s World Bank ranking for top-performing counties under the Kenya Devolution Support Programme (KDSP). At a Council of Governors’ meeting held in Naivasha since Tuesday, an urban specialist with the Bretton Woods institution Abdu Muwonge announced that