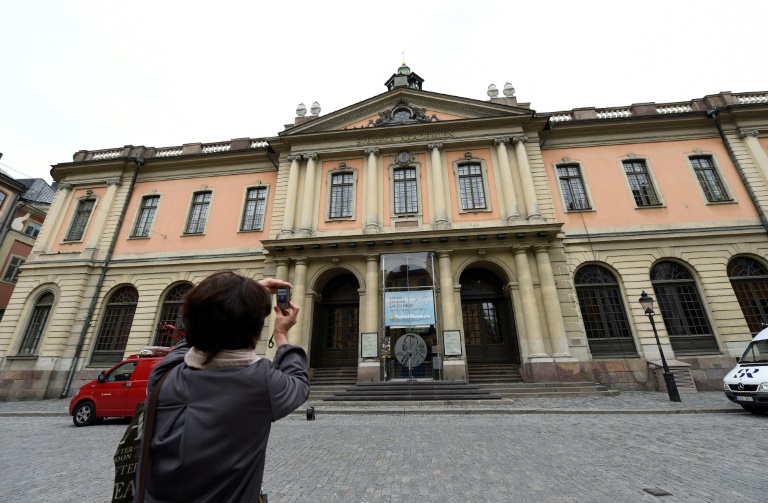 Stockholm, Sweden, May 4 – For the first time in almost 70 years there will be no Nobel Literature Prize this year, after the Swedish Academy that selects the laureate failed to contain a deep crisis stemming from the anti-sexual harassment #MeToo campaign.

“We find it necessary to commit time to recovering public confidence in the Academy before the next laureate can be announced,” its interim permanent secretary Anders Olsson said in a statement Friday, adding that two prizes would be announced in 2019.

The body has been in turmoil since November when Swedish daily Dagens Nyheter — in the wake of the global #MeToo campaign — published the testimonies of 18 women claiming to have been raped, sexually assaulted or harassed by an influential culture figure with long-standing ties to the Academy.

Jean-Claude Arnault, the French husband of Academy member and poet Katarina Frostenson, has denied the allegations, but disagreements within the Academy on how to deal with the issue sowed deep discord among its 18 members.

The organisation found itself split between the first woman permanent secretary Sara Danius and her supporters bidding for reform and another camp defending Frostenson, prompting six members to quit in recent weeks.

Danius resigned on April 13 after failing to receive enough support within the Academy. Frostenson was also among the six who resigned.

“The active members of the Swedish Academy are of course fully aware that the present crisis of confidence places high demands on a long-term and robust work for change,” Olsson said.

Seen as bearers of high culture, the Academy, founded in 1786, is traditionally known for its integrity and discretion, with its meetings and decisions shrouded in secrecy.

But the row has turned into a titillating public spectacle, with members dealing ugly blows to each other in the media: Horace Engdahl called Danius “the worst” permanent secretary in the Academy’s history.

There was, however, broad public support in Sweden for Danius, with many donning a pussy-bow blouse, her signature garment, in protest the following day.

“The strong woman who tried to clean up the Swedish Academy was forced to leave. I’m speechless,” Annie Loof, leader of the Swedish Centre party tweeted at the time.

The last time the institution delayed a prize announcement was in 1949, when William Faulkner received the prize a year later, when Bertrand Russell was also honoured.

“I think it’s wise, this is the best decision they could make. They’ll have a chance to restore (the Academy) this year and fill the empty seats, and come back with a strong Academy that can award the prize,” Dagens Nyheter’s literature critic Maria Schottenius told AFP.

He is one of four others who resigned and asked the Nobel Foundation, which manages the assets for all prizes through Alfred Nobel’s will, to create a crisis commission to solve the Academy’s woes. The foundation said it was discussing the possibility of doing so.

Technically, Academy members have been appointed for life and have not been able to resign, though they could leave their chairs “empty” by not participating in meetings and decisions.

However, the Academy is currently down to 10 active members while its statutes stipulate that 12 are needed to elect new members.

In order to ensure the venerable body’s survival, the Academy’s patron, Sweden’s King Carl XVI Gustaf, announced Wednesday he had changed the statutes, making it possible for members to resign and be replaced.

The Academy has cut all ties with Arnault’s cultural centre Forum in Stockholm, which it had subsidised for years and which was a key meeting point for the country’s cultural elite.

The venue, co-owned by Arnault and his wife, is now closed. Prosecutors have dropped parts of the investigation against him concerning rape and assault allegations due to lack of evidence or the statute of limitations.

An internal report commissioned by the Academy revealed conflicts of interest, as well as the fact that Academy members had leaked Nobel winners’ names.

Meanwhile, Sweden’s Economic Crimes Bureau last week said it was investigating a case linked to the Academy, likely linked to the subsidies paid to Arnault.

The scandal comes on the heels of heavy criticism the Academy received in some circles for awarding the 2016 prize to US singer-songwriter Bob Dylan.

In 2017, it honoured British author Kazuo Ishiguro in a much less controversial choice.

No Nobel Literature Prize after #MeToo turmoil Reviewed by samrack on May 4, 2018 .

No Nobel Literature Prize after #MeToo turmoil Stockholm, Sweden, May 4 – For the first time in almost 70 years there will be no Nobel Literature Prize this year, after the Swedish Academy that selects the laureate failed to contain a deep crisis stemming from the anti-sexual harassment #MeToo campaign. “We find it necessary to