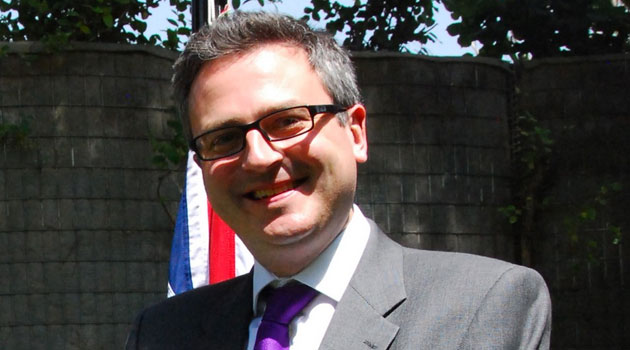 Mr Hailey will take up his appointment during December 2015.

Nicolas (Nic) Hailey has been appointed British High Commissioner to Kenya to succeed Christian Turner whose term is coming to an end.

In a statement, the British Foreign and Commonwealth Office says Hailey will take up his appointment in December this year.

Turner has been the British High Commissioner to Kenya since May 2012.

“Dr. Turner will remain in post until this time, after which he will be transferring to another UK Diplomatic Service appointment,” read the statement.

The incoming High Commissioner is currently the UK’s Foreign and Commonwealth Office (FCO) Director for Africa, a position he has held since 2013, having previously held postings in in Kabul, Washington, Paris and Berlin.

Reacting to the appointment, the father of two said he was looking forward to take up his new job with the hope of strengthening the partnership between Kenya and the UK.

“I am delighted to have been appointed as British High Commissioner to the Republic of Kenya. I look forward to arriving in Kenya as our historic partnership reaches a new level, based on shared interests, trust and mutual respect,” he said.

Hailey joined FCO in 2007 as Desk Officer in the European Union Directorate before being seconded to France for 10 years in 1991.

He later scaled the heights to become the private secretary to Her Majesty’s Ambassador between 2001 and 2003.

Between 2003 and 2005, he was FCO, Foreign Secretary’s speech writer before heading the Strategy, Communication and Training department Consular directorate for three years.