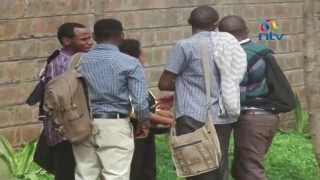 New details about the bungled Strathmore University security drill have emerged that point to lack of planning and negligence on the part of police and university administration.

Four officers – the Langata OCPD and his deputy, the head of the Administration Police’s Security of Government Unit (SGBU) and the university Security director – were directly involved in the operation.

Investigations by the Nation.co.ke has revealed the details of what transpired between November 11 and the ill-fated day when one person died and several others were injured.

On November 11, the director of Safety and Security at Strathmore Mr Paul Waime wrote a letter addressed to the Nairobi County commander Mr Japheth Koome. The letter was however taken to the OCPD Langata Mr Elija Mwangi the same day.

The letter indicated that the university intended to carry out an evacuation drill in a “terrorist attack situation” on November 30.

The university requested for participation and assistance of police officers from Langata Division in the exercise which was to take place at the Madaraka Campus along Ole Sangale Road.

The drills included evacuation from buildings and Close Quarter engagements, and was to last for one hour.

The OCPD assigned his deputy to deal with the matter but claimed that he informed the security director that the drill could not be performed on the planned date as the Operation Order from the County Commander had not been released.

Nation.co.ke has established that a copy of the letter was not delivered to the County commander.

Neither was he informed. On Wednesday, Mr Koome also said that he was never informed and only got to know about the exercise later.

“I was not aware about that. I have not received any letter at all from the university,” he said.

Determined to carry out the exercise, the Director of security insisted that they had been carrying out training for the staff and students since mid-August.

Mr Waime further requested that he be given ten officers to participate in the training so that they could be conversant with the campus compound before the actual date of the drill.

The OCPD agreed and then sanctioned the training that was to be coordinated by the Langata deputy OCPD Mr Mwangi Kuria.

The training did not start immediately. However on November 27, the OCPD Mr Mwangi instructed the Langata OCS Inspector Talaam to start the training at the university with the ten officers.

Mr Taalam deployed officers the following day and they also went for training on November 29 and 30 as they waited for the Operation Order from the County Commander’s office.

In his statement to his seniors, the OCPD said that he believed that Strathmore University was not going to conduct the exercise until they were given a nod by the County police chief, as he had earlier advised the university security chief.

On the ill-fated day, the OCPD instead attended a security meeting at the Hillcrest with Chinese contractors building the Standard Gauge Railway (SGR).

(READ AND WATCH: One dead in Strathmore security drill – VIDEO)

The meeting, which was to discuss the security arrangements of the SGR sites, was also attended by the Commandant Railways Police Unit, Mr Kirimi Ringera.

However, when the officers from Langata police station under the command of Corporal Ndirangu reported for training, they found Administration Police (AP) officers from the SGBU already within the campus.

The SGBU team under the command of an Inspector informed their colleagues from Langata that they were going to use blank cartridges, which contained only gunpowder but no bullets, for the training and exercise.

This prompted Corporal Ndirangu to seek advice from their deputy OCPD and he agreed that they could use the blanks.

When the deputy OCPD was questioned, he said that immediately he authorised the exercise, he informed the Police control room and the senior officer in charge of Operations in Nairobi County.

Mr Mwangi has maintained that he never authorised the exercise and was not even aware whether the University informed other institutions including the General Service Unit (GSU) commandant, the ambulance services and the traffic department.

Negligence, poor planning between varsity and police led to deadly drill Reviewed by samrack on December 3, 2015 .

Negligence, poor planning between varsity and police led to deadly drill New details about the bungled Strathmore University security drill have emerged that point to lack of planning and negligence on the part of police and university administration. Four officers – the Langata OCPD and his deputy, the head of the Administration Police’s Security of Government Unit