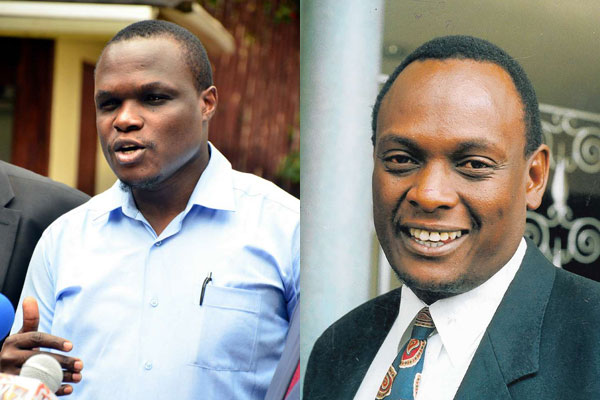 A full investigation must be carried out into a UK consultancy firm which helped take Kenya’s President Uhuru Kenyatta to victory, the National Super Alliance (Nasa) has told the BBC.

Nasa CEO Norman Magaya accused Cambridge Analytica and the ruling party of trying to “subvert the people’s will”.

Cambridge Analytica bosses were apparently caught on camera boasting of the control they had exerted in Kenya.

The company denies any wrongdoing.

Mr Kenyatta’s Jubilee party have downplayed the impact of the group, saying they employed the company’s parent company, SCL, to help with branding.

Jubilee vice-chairman David Murathe told Reuters: “They were basically branding and all that but not directly.”

Cambridge Analytica first hit the headlines after helping US President Donald Trump to his shock win in 2016.

However, questions are now being raised around the world over its methods— including the use of data harvested from people’s Facebook pages.

Before they helped Mr Trump, however, the company was active in Kenya, using the work it says it did during the 2013 election as one of its case studies.

According to the website, it conducted a “large-scale research project”, sampling 47,000 people, which provided a profile including things like “key national and local political issues, levels of trust in key politicians, voting behaviours/intentions, and preferred information channels”.

They then “devised an online social media campaign to generate a hugely active online following”.

It does not mention the party by name.

However, footage obtained by Channel 4 News following a months-long investigation appears to show Mark Turnbull, the managing director of the company’s political arm, speaking about their work during the 2013 and 107 campaigns, and boasting of having “staged the whole thing”.

“We have rebranded the entire party twice, written the manifesto, done research, analysis, messaging,” he said.

“I think we wrote all the speeches and we staged the whole thing— so just about every element of this candidate.”

They were also caught on camera apparently saying they could use bribes, former spies and Ukrainian sex workers to entrap politicians around the world— allegations the company has strongly denied, saying it was entrapped by the investigators.

But Mr Magaya said it was all hugely worrying, raising concerns over how data and potentially “very toxic propaganda”, which swept through Kenyan social media, may have been used by Cambridge Analytica and their client to influence the outcome of the election.

“This was a criminal enterprise which clearly wanted to subvert the will of the people— through manipulation, through propaganda,” he told the BBC, as he called on both the US and UK to act to assist the investigation.

“There must be criminal culpability.”

Last year’s Kenyan election was already mired in controversy after the initial vote in August was annulled after the Supreme Court found irregularities.

Nasa presidential candidate Raila Odinga— who initially won 45 percent of the vote to Mr Kenyatta’s 54 percent—  then refused to stand in the re-run amid concerns the system would not have been properly reformed.

Mr Odinga and Mr Kenyatta have recently made efforts to heal their differences.

However, Mr Magaya pointed out the long-term effect of a negative campaign could be very damaging in a country like Kenya.

“Coming on the ashes of the 2008 post-election violence, that took an ethnic angle, such propaganda could create divisions which will take many generations to heal,” he said.

“There must be nothing short of electoral justice as a way of putting the ghosts of the 2017 election [to rest].”

Yet Jubilee senator Kipchumba Murkomen suggested the reach of such a social media campaign would be limited in Kenya.

“Those things don’t influence elections in Kenya,” he told Reuters.

“Kenya is not America. In Kenya, vernacular radio stations are more influential than those things.”