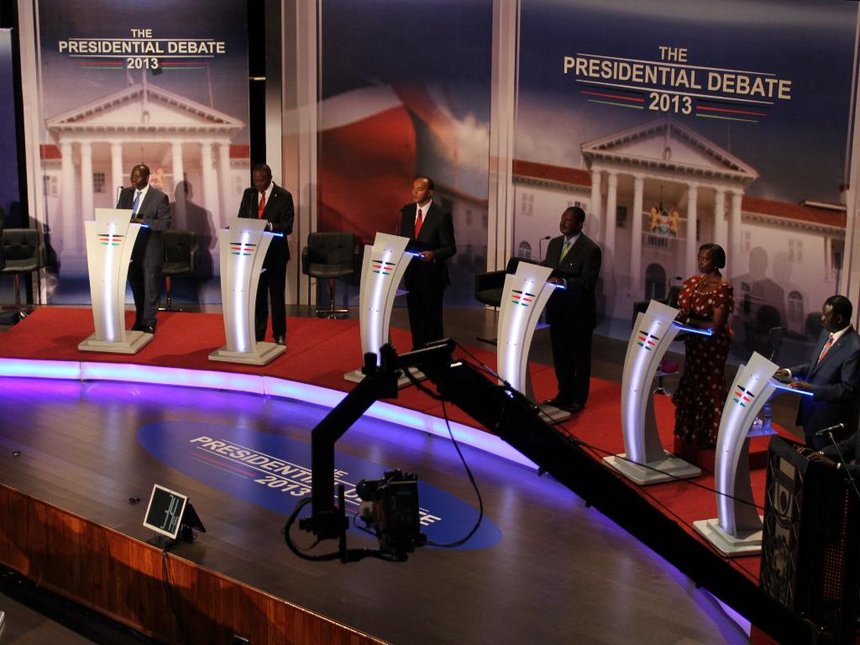 The two had boycotted the debate, Uhuru saying he was not consulted and the NASA flag bearer opposing its format.

Senior messaging director Eric Ng’eno accused the Opposition of coordinating with “cartel media” who want to get profits from Kenyans.

“Jubilee will not participate in events run under the aegis of cartels. We know NASA is largely cartel-friendly,” he said in a statement on Wednesday.

Ng’eno further claimed the organisers – Debate Media Limited – agreed to extract revenue from advertising during the debates and share it among owners.

He termed presidential debates a “cash crop to line up the coffers of an oppressive cartel”.

“This is why the cartel pleaded in court that they stood to earn Sh300 million from one debate . This is the only accountability question on the table,” he said.

DML earlier told a court they could lose Sh200 million advertising revenue should debates not take place and another Sh100 million investment.

Director Wachira Waruru said this in response to a petition by presidential candidate Abduba Dida (Alliance for Real Change).

He added the “greed” by the media owners was a “text book definition of a cartel”.

“…anyone hoping to host a debate will be given total TV blackout. Cartels in every sector have paralysed the economy, denying Kenyans the benefits of economic growth by flexing the power of capital.”

The director also claimed cartels are now threatening to attack the Jubilee campaign.

“Their bias will grow even more monstrous as we approach the election. We are not afraid,” he said.

“For the media to bandy accountability against a politician who endures endless blistering media coverage, just for choosing to skip a private function, is vulgar and disturbing.”

On Tuesday, Raila said he is ready to debate with Uhuru as part of preparations for the much awaited general election.

Through his adviser Salim Lone, Raila told the President it is not too late to reach an agreement.

He confirmed the Opposition’s readiness to participate should Uhuru change his mind and asked him to reconsider.

“NASA is still ready to take part in the proposed debates as soon as Jubilee engages in agreeing on ground rules that the President used as excuse to duck,” Lone said in a statement on Monday.

But the President opted for a town hall meeting.

‘NASA colluding with cartel media’: Why Uhuru refused to debate Raila Reviewed by samrack on July 19, 2017 .