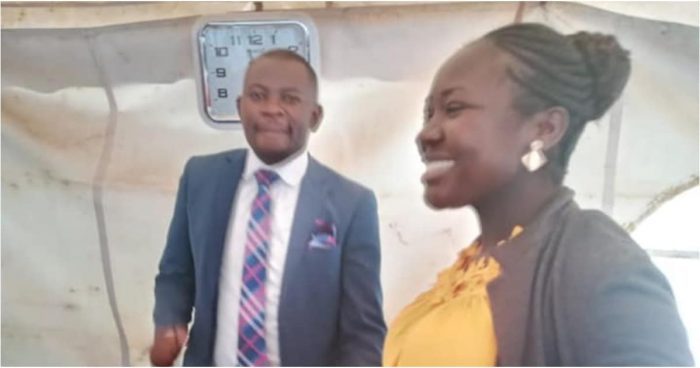 Kevin Agani took his wife Beveryne Namale to The Mater Hospital after she developed what they assumed was labour pains – She was in pain for hours before her water broke and shortly afterwards started to convulse – Doctors worked to save both mother and child but only the baby was saved but in a critical condition – Namale was also admitted in the ICU in a critical condition but unfortunately she died moments later – The baby survived and has since made great progress; the hospital is ready to discharge him

Kelvin Songwa Agani’s wife Beverlyn Namale died on September 22, 2020, morning just hours after she developed complications with her pregnancy. Sharing his heart-wrenching story to Ndungu Nyoro, Agani said they decided to go to The Mater Hospital after Namale developed what they presumed were labour pains. “Upon getting to the hospital she was checked and was at 3cm. She was having contractions and the doctor said it was because she was in active labour,” Agani narrated. “So she was admitted and the nurses kept checking on her progress. I kept her company as we encourage each other it was going to be well,” he added. The delivery process was slow and painful but the couple still counted it as progress while they encouraged each other and looked forward to welcoming their bundle of joy. “She was checked again at 3pm. She was now at 7cm. Slow progress but it was progress anyway. The contractions were getting intense. And she was in a lot of pain,” he said.

However, being an experienced mom, the excruciating pain did not alarm her even after her water broke and the pain doubled. “The doctor asked me to keep helping her sit properly. At one point as I was helping her sit up, she convulsed,” said Agani. “It happened while I was holding her. I rang the bell and the doctors came running,” he added. Read more: https://www.tuko.co.ke/