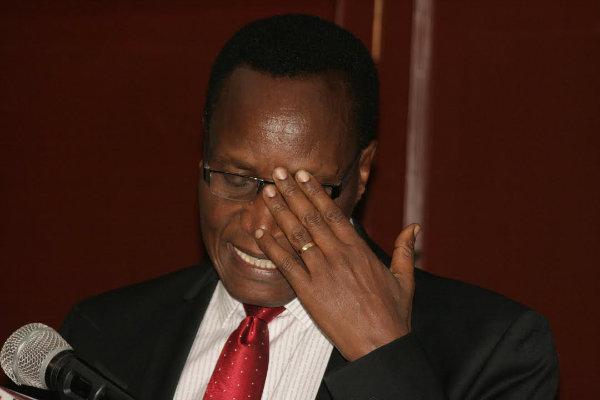 Kenyan President has threatened three Cabinet Secretaries with unspecified action after they skipped a youth entrepreneurship forum in Nairobi, the Star Newspaper reported on Wednesday.

“Soon, we shall change this and we shall see the difference,” warned President Uhuru Kenyatta.

The President publicly dressed down the CSs, saying that ministers are happy to attend functions where deals involving large amounts of money are cut but not matters to do with the youth.

“I am looking at the programme and it is disappointing that there is no government here – other than Devolution CS Anne Waiguru. When we have such a local forum, they are missing in action and when they are negotiating deals out there, they all run there,” Kenyatta said.

Though not mentioned by the President, EAC and Commerce CS Phyllis Kandie was also supposed to be at the event attended by youthful entrepreneurs.

It is understood that President Kenyatta is planning a major reshuffle of his Cabinet in the next few days, where he will bring new faces into government.

Yesterday Kenyatta said Kaimenyi, Mohammed and Rotich were supposed to be at the function at Strathmore University that kicked off the Global Entrepreneurship Summit scheduled for July. The Summit is cohosted by the US and Kenya and will be attended by President Barack Obama on his first visit to Kenya as the tenant of the White House.

The President, who appeared to be distinctly irritated by the absence of his CSs, repeated remarks made during his Madaraka Day speech that “soon, we shall change this and we shall see the difference.”

The forum brought together youth entrepreneurs for an interactive discussion with government over ways to improve the business, innovation and entrepreneurial environment in the country.

The President added that the government was investing a lot of money and yet the funds are not being used to help local innovators.

“I’m impressed by the great things that the young people are doing, but disappointed by our inability to tap into them. Where are the national leaders? Why are they missing at a key function such as this?” Uhuru said.

He added: “It seems it’s easier to make money out there than within Kenya … that must change!”

The President has repeatedly warned his public servants over non-performance and engagement in impropriety in government affairs.

The last time that Uhuru acted on his threats, he ended up suspending five of the CSs and four PSs for being adversely mentioned in a corruption report.

Following investigations, Transport CS Michael Kamau has already been arraigned in court for abuse of office.

Yesterday, the President said that the government wanted to support entrepreneurs and innovators and expects commitment to the same initiative from his officers.

“We are bigger than any private company, and must take the lead with a commitment to local procurement,” Uhuru said.

He said he still wanted to see young people, women and persons with disability get more than the 30 per cent procurement allocations from government.

“We must start buying from local innovators, they must benefit from the billions we spend on ICT. We can do a lot more with innovation in Kenya,” Uhuru said.

US Ambassador Robert Godec, who attended the forum, said that Obama was looking forward to attending the Summit alongside Uhuru.

He added that Kenya’s cohosting of the July Summit underscored the country’s leading position in innovation and entrepreneurship.

My Ministers Only Attend Meetings To Cut Illegal Deals With Foreigners, Angry Kenya President Cries Reviewed by samrack on June 6, 2015 .

Share thisFacebookTwitterPinterestEmailWhatsAppKenyan President has threatened three Cabinet Secretaries with unspecified action after they skipped a youth entrepreneurship forum in Nairobi, the Star Newspaper reported on Wednesday. “Soon, we shall change this and we shall see the difference,” warned President Uhuru Kenyatta. The President publicly dressed down the CSs, saying that ministers are happy to attend functions