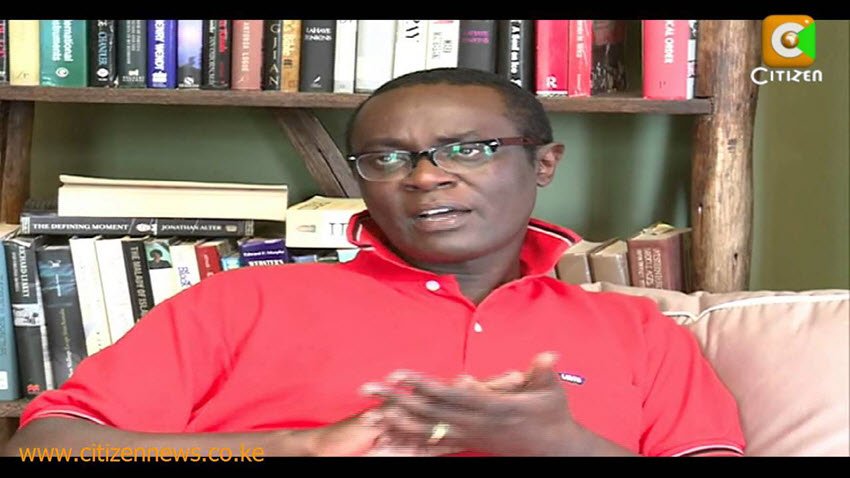 According to Ngunyi, an audit of books at “the consulting house” found that the firm received the amount on 23rd of April 2015 without raising an invoice.

In a letter to Youth Affairs Cabinet Secretary Sicily Kariuki, Ngunyi wants direction from the government on how the funds should be remitted back.

This comes after the Auditor General raised a red flag saying the consulting house unprocedurally received 12.5 million shillings from NYS.

The payment is claimed to have been made at the time that the loss of over 790 million shillings from NYS was reported.

“We want to establish why this money was paid without an invoice from us. And why, according to the auditor General’s report, an old invoice, which had already been paid, was used to make the payment.” Read the letter in part

“We are also interested to know how this old invoice passed the 25 or so stages at IFMIS undetected. We are of the view that this was maliciously and was meant to discredit and fight the innovation our firm introduced at NYS.”

Ngunyi is seeking to have his firm cleared of any wrongdoing.

Mutahi Ngunyi pledges to refund Ksh.11.8M to NYS Political consultant Mutahi Ngunyi has now offered to refund 11.8 million shillings that he says his firm erroneously received from the tainted National Youth Service (NYS) last year. According to Ngunyi, an audit of books at “the consulting house” found that the firm received the amount on 23rd of