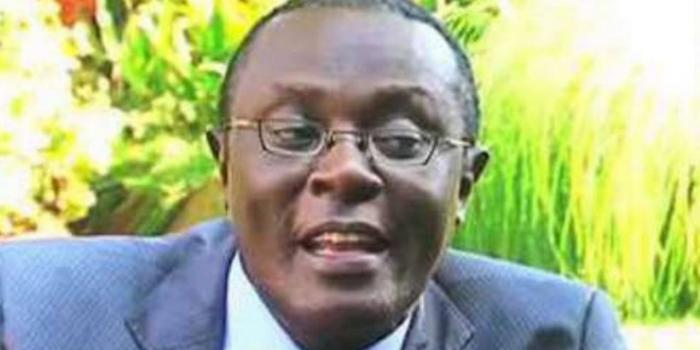 In his hypothesis titled: Our First Presidential Debate for 2017: Uhuru v Raila, Ngunyi focuses on an interview the former Prime Minister had with Al Jazeera where he was put on the spot over corruption in the country.

Ngunyi picked a portion of the interview when Odinga was tasked by Al Jazeera’s journalist Hasan Mehdi to comment on whether he had ever paid a bribe.

“Have you ever had to pay a bribe to have something done?” Mehdi posed.

In response, Odinga stated: “The question is when and not if because as you have rightly said every Kenyan has done it”.

On the same platform, Mr Odinga admitted to having been warned by one of his close confidantes – Sarah Elderkin – of corrupt individuals working for him when he was Prime Minister in the Coalition Government.

Ngunyi took the Opposition leader’s reply and deduced that Odinga, who has been attacking the Jubilee Government over rampant corruption was actually taking part in the vice.

“Raila admits to participating in corruption, he bribed. He also admits that while in Government the people around him were corrupt and so is he pretending to be holier than thou or is this sheer politics?” Ngunyi posed.

The political scientist delves further to prove that the CORD chief had conceded that he had rigged the 2007 elections, in the same interview with Mehdi, following his response to a trivial question on election malpractices.

“But of course the independent commission that looked into the 2007 elections said that there was vote rigging on both sides. Aren’t you just annoyed that you are not as good at vote rigging as your opponent?” Mehdi asked.

Odinga answered: “Actually I am proud that I am not as good in vote rigging.”

In his hypothesis, Ngunyi concludes that: “Raila admits to rigging but conveniently thanks God that he is not as efficient in rigging as the Government’s sharks. Bottom line he rigs and knows how to rig.”

Here is the video:

Share thisFacebookTwitterPinterestEmailWhatsAppMutahi Ngunyi Exposes 2 Crimes Raila Admitted to Have Committed Political Analyst Mutahi Ngunyi has unleashed a witty theory highlighting two crimes CORD leader Raila Odingahas allegedly admitted, on Live television, to having committed. In his hypothesis titled: Our First Presidential Debate for 2017: Uhuru v Raila, Ngunyi focuses on an interview the former Prime Minister had with Al Jazeera where he was