Mt Kenya should not be blackmailed, says Kamanda 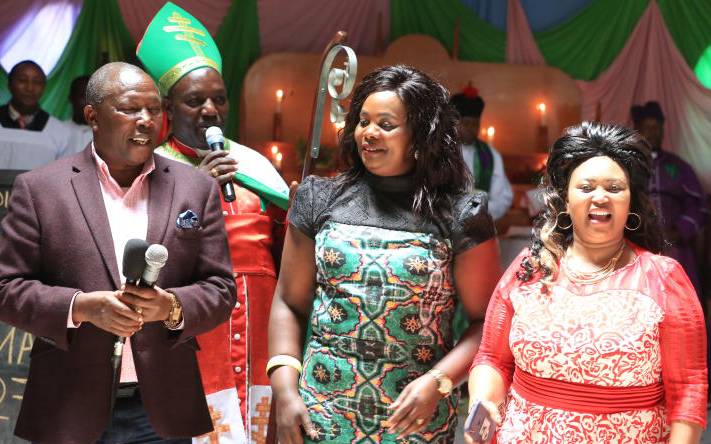 Mt Kenya should not be blackmailed, says Kamanda

Kamanda also said on Sunday the Building Bridges Initiative team that is writing a report on proposed constitutional reforms is working in the best interest of the country.”Our community will not accept to be arm-twisted into pacts by anyone. We don’t have any debt with anyone in this country, the only debt we had was paid by Jesus Christ on the cross, no one else should purport to say that we have a debt,” Maina said at the AIPCA Thingithu Church in Laikipia during a Sunday service. On the BBI Kamanda said that the document is being crafted for the good of all Kenyans to address the concerns that Uhuru and Opposition leader Raila Odinga identified as the trigger for conflict after elections.He, however, advised that once the report which is expected in October is released people should read the document to make an informed decision.The Task Force appointed following the March 9, 2018, truce between the president and the opposition leader concluded public hearings to receive submissions on constitutional reforms and has been writing its report.Kamanda revisited last Sunday’s altercation with Kiharu MP Ndindi Nyoro at a church in Kiharu.

He said it was out of order to pick fights in churches.
“Churches should be respected and given the honour they deserve. We cannot joke with the altar to that extent, if anyone wants to wrestle with somebody let them look for an open stadium and flex their muscles there,” Kamanda said.

Laikipia Women Representative aspirant Veronica Miano urged Kenyans to listen to elders and seasoned politicians.
” Let’s listen to our president, let’s support him and do away with people peddling fear saying that we have a debt, we owe no one any debt,” Miano  added.
Bishop Daniel Ndirangu of Thingithu AIPCA church said that every Kenyan and especially central Kenya should back the president and support him.” “Punguza Mizigo is a horrible document, we should reject it in its entirety, ” Ndirangu said.Miano also criticised the Punguza Mizigo constitutional amendment bill.
” The only good thing with Punguza Mizigo is the name punguza mizigo , its empty in terms of the needs of Kenyans,” Miano said.Also present was former Mathira MP Peter Weru and MCA Nanyuki town Veronica Ikunyua

Mt Kenya should not be blackmailed, says Kamanda Reviewed by samrack on September 15, 2019 .