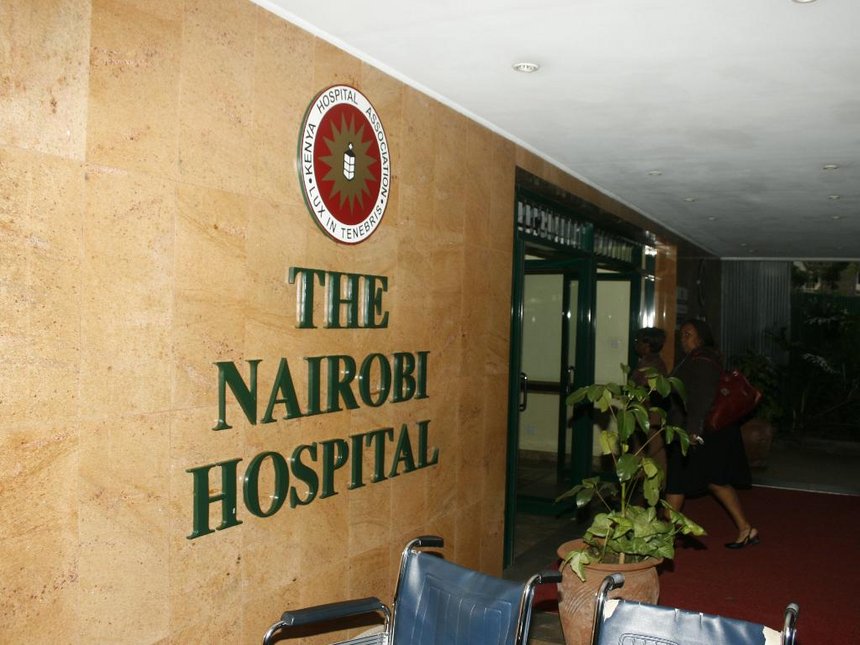 A mother has sued Nairobi Hospital and one of its doctors for negligence following a botched caesarean section.

Naomi Mwangi claims the doctor perforated her colon. She has also accused the hospital of detaining her after she failed to clear a bill of more than Sh2 million.

In documents filed at the High Court on Tuesday, Mwangi says she attended antenatal clinic at the hospital.

“I discovered during one of the visits that the hospital was advertising and marketing a maternity package.”

On February 12, Wangui contacted AAR Insurance which confirmed it would take care of the hospital bill up to a limit of Sh245,000.

Mwangi decided to deliver at the hospital after an obstetric ultrasound conducted there indicated her pregnancy was normal. A procedure was carried out but she claims she developed complications.

“A CT scan done on February 15 indicated the patient had a gaseous abdomen band while another CT scan on  February 16 indicated she had severe pneumoperitoneum, indicating a perforated hollow viscus,” a court document reads.

Wangui says the doctor told her she had the Ogilvie Syndrome which had caused the obstruction of the colon.

“[The doctor] deliberately failed to indicate that she had indeed perforated my colon,” she says, adding she was slapped with a bill of Sh1,761,536 which she contested.

Wangui adds that the hospital told her she contracted pneumonia and that she needed to spend five more days there.

She says she was discharged on March 5 and told she had been treated for “caecum perforation”. But she could not leave the hospital without paying the amount which then stood at Sh2,119,589.

The mother wants the court to compel the hospital to release her and the baby unconditionally.

Wangui says they have been denied the freedom of movement and other rights.

“The illegal detention of the applicant and her baby, whose intention is to exert duress on her and her relatives to give an undertaking for payment of monies resulting from negligence, is unlawful,” the documents state.

AAR, the Health Cabinet Secretary and the AG are the other respondents in the case.