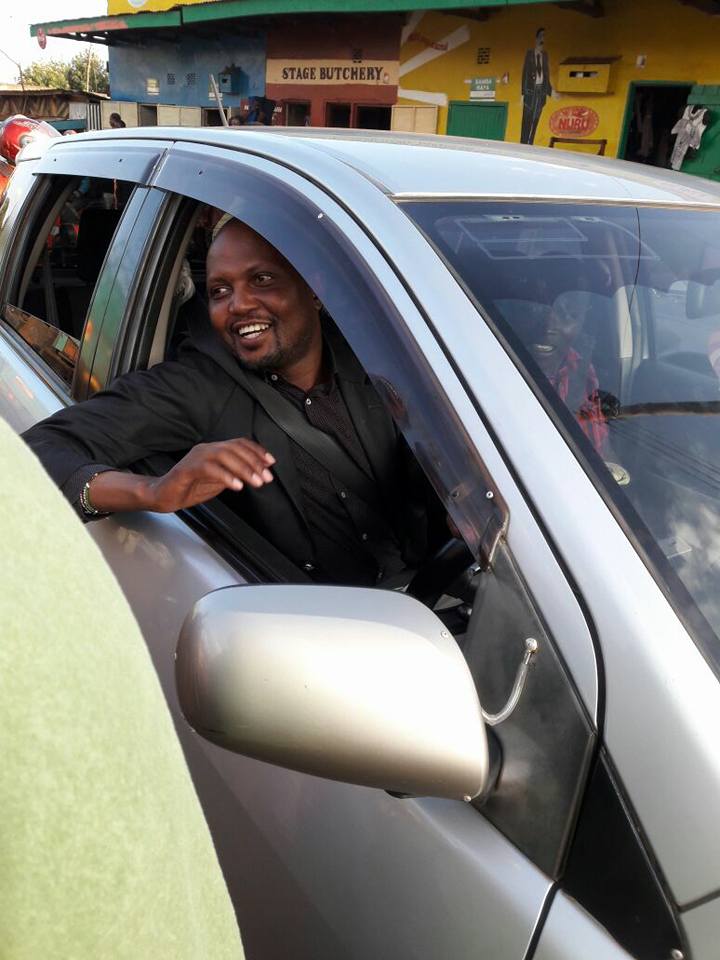 Gatundu South MP Moses Kuria on Tuesday cursed on national TV after he was asked about chaos that marred primaries in the constituency.

This was after an NTV journalist asked Kuria what was his take on the issues that characterised the polls staged to elect a Jubilee candidate for August 8.

“Every wrong done here in Gatundu is by Moses Kuria. F*** you,” he said before walking away from the journalist.

Later, Kuria addressed the media dismissing the allegations as a smear campaign against him by his opponents in the race.

“That is a smear campaign. I am now suspecting the hands of the opposition.”

Kuria asked the media to keep off Gatundu saying there are many places where they can cover the Jubilee nominations.

“Why only Gatundu? Keep off. Within an hour everybody will be voting here,” Kuria said.

Read: Jump ship if you think primaries will be rigged – Kuria

The legislator, on his Facebook page, wrote a letter to the President Uhuru Kenyatta citing plans to rig him out of the Gatundu South MP race.

“I am just suffering in silence. Please assist not me but justice and fairness,” he said.

Kuria claimed that if nominations were held on Friday he would have been rigged out.

“It is true ballots were interfered with on the way. The ballot papers were personally delivered by a police officer attached to Kristina Pratt’s son in law Pepe,” he said.

“When he was confronted he drew a gun in public and he actually had to be physically disarmed by the OCPD.”

Kuria claimed that he overheard a conversation between Pepe and a returning officer that he will be locked out.

“Pepe physically came to Gatundu and he met there with a member of the NEB and made a comment to him ‘Lakini huyu Moses Kuria sisi kama chama hatutaki yeye (As a party, we don’t want Kuria to win this poll),” he claimed.

Kuria says he has undergone lots of pain and personal sacrifice adding that: “I am at a great loss.”

“If they can try to rig me out in favour of Kungu Kibathi, how about thousands of Jubilee aspirants who are unknown and have no profile?”

“Its the saddest day of my life,” he said adding that the case of Pepe’s bodyguard drawing a gun was known to police.

“I can not go to a slaughterhouse knowingly. I believe they will do the same on Tuesday.”

“I am personally seeking your intervention to ensure we have free, fair and open nominations,” he said.

Kuria said he does not want to be favored but allow the people’s will be enforced.

“I just need this decision to be left to the people of Gatundu. Ata kama ni mlolongo (Even if its decided by queuing).

“I am this unfortunate because others would jump to media but I can not because the whole focus will move to Gatundu South because of the names involved,” he said.

Police were forced to fire in the air to disperse rowdy voters after they claimed that the deputy police commander had ballot papers in his possession.

The voters claimed that the commander had secured the ballot boxes and was planning to use them to rig in the incumbent Moses Kuria.

The three were apprehended in Ichaweri village with wooden batons and slashers.

Share thisFacebookTwitterPinterestEmailWhatsAppPhoto Courtesy Moses Kuria curses on TV, blames opposition for Gatundu primaries chaos Gatundu South MP Moses Kuria on Tuesday cursed on national TV after he was asked about chaos that marred primaries in the constituency. This was after an NTV journalist asked Kuria what was his take on the issues that characterised the