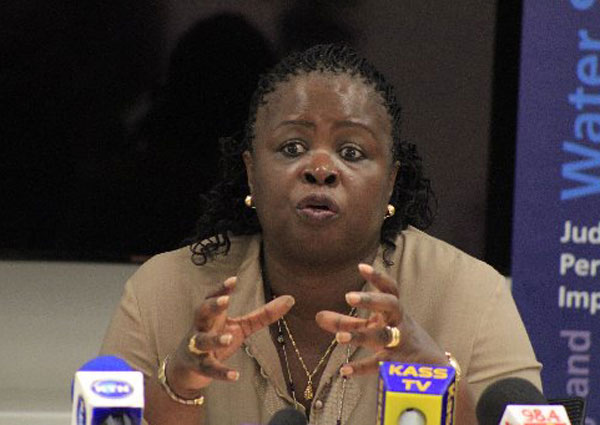 World Bank Country Director Diarietou Gaye during grant signing ceremony with ICPAK at World Bank’s offices at Upperhill, on January 27, 2014. According to the global lender, the move puts at risk money transfer services, meaning that countries that depend on diaspora remittances for foreign exchange inflows will be affected. PHOTO | DIANA NGILA | NATION MEDIA GROUP

Two surveys carried out by the World Bank between April and October this year show that unnamed large global banks are restricting or terminating their relationships with other financial institutions.

According to the global lender, the move puts at risk money transfer services, meaning that countries that depend on diaspora remittances for foreign exchange inflows will be affected.

The studies also indicate that business lines such as clearing of cheques and trade finance will also be affected, threatening cross-border trade.

“Now that we have evidence that large banks are reducing services to correspondent banks and remittance providers, the private and public sectors need to come together to find practical and fact-based solutions.

There is a real risk that turning away customers could actually reduce transparency in the system by forcing transactions through unregulated channels,” said Ms Gloria Grandolini, senior director of finance and markets global practice at the World Bank Group.

This comes at a time when the Central Bank of Kenya has reported a reduction in the amount of money sent home by Kenyans living abroad.

According to the latest data from CBK, diaspora remittances in September stood at Sh13.09 billion, down from Sh13.47 billion recorded in August, due to lower remittances from North America.

Kenyans in the United States and Canada account for 48.2 per cent of the total remittance inflows.

The CBK statistics, however, show that remittances for the nine months to September went up by 7.8 per cent to Sh116.2 billion compared to Sh108 billion recorded for a similar period last year.

According to the World Bank, these restrictions are largely driven by commercial decisions as well as legitimate concerns about money laundering and terrorism financing risks, leaving customers to turn to unregulated financial institutions.

Early last month, survivors of the 1998 twin bombings of the US embassies in Nairobi and Dar es Salaam sued a French bank, which they accused of banking for the terrorists.

In the suit filed in the United States, 68 victims and their families are demanding up to Sh245 billion in compensation from the BNP Paribas Bank.

Termination or contraction of these services can result in financial exclusion and negatively impact countries that depend on foreign remittance inflows to boost their growth.

“Making banking services accessible, transparent and affordable is essential to achieving the goals of promoting financial integrity and universal financial access by 2020, which means that basic legitimate access to the formal financial system should be possible for everyone,” said Ms Grandolini.

Money transfer services at risk as big banks opt to play in their own league Reviewed by samrack on December 1, 2015 .

World Bank Country Director Diarietou Gaye during grant signing ceremony with ICPAK at World Bank’s offices at Upperhill, on January 27, 2014. According to the global lender, the move puts at risk money transfer services, meaning that countries that depend on diaspora remittances for foreign exchange inflows will be affected. PHOTO | DIANA NGILA |