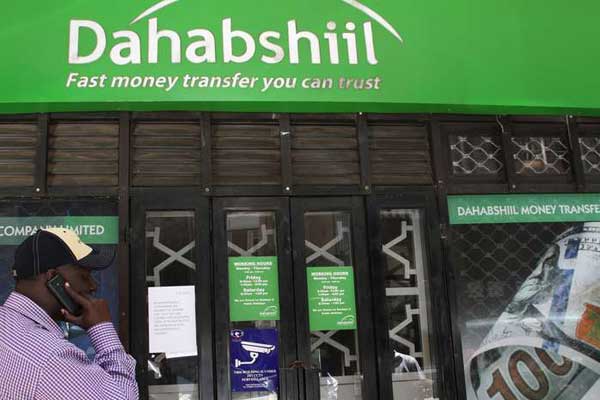 Regional Money Transfer service provider Dahabshiil Kenya is still in operations and only a bank that was registered under a similar name has been dissolved.

The Central Bank of Kenya said the money transfer service was not linked to Dahabshill Bank International (Kenya) Ltd, which had applied for a banking license and later withdrew.

“Dahabshiil Money Transfer Limited is still operational and has not been de-registered by the Central Bank of Kenya,” the regulator tweeted Friday afternoon.

It was not immediately clear why the company had decided to withdraw the application for a banking license.

The move could be linked to the recent controlled banking environment in the country that has seen lending rates capped at 14.5 per cent while the deposit rates have been fixed at 7.35 per cent.

It also remains unclear whether the bank would have operated as an Islamic lender or a conventional one.

“What we have in the Kenyan Gazette notice is a company we registered and later deregistered and not our money transfer service, [which] is fully operational as usual.

“We are open for business in Kenya and worldwide, so please let us make that clarification [that] Dahabshiil has not been deregistered,” Dahabshiil Group Chief Executive Abdirashid Duale told the Nation.

Dahabshiil is the largest Africa-based money transfer business, with agent locations and branches in 126 countries worldwide.