Modern-day ‘slavery’ in Mideast as Kenyans return in coffins 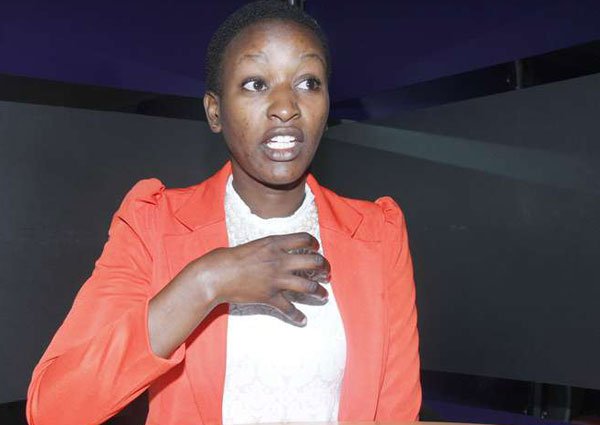 Jackline Muthoni during interview on September 16, 2014 at Nation Centre. She was mistreated while working as a domestic worker in Lebanon. At best, the migrant women enjoy good working conditions and kind employers while, at worst, they are treated like slaves and die as a result. PHOTO | JEFF ANGOTE | NATION MEDIA GROUP

Modern-day ‘slavery’ in Mideast as Kenyans return in coffins

Nobody really knows how Eunice Wanjiku, 38, died three years before her body was discovered at a Saudi Arabian mortuary.

Today, what she went through remains buried beneath the blossoming flowers that sprout at her grave.

For more than 1,000 days, morgue authorities tagged Wanjiku’s body as “unidentified”, and it was only after the government threatened to dispose of the cadaver that her Kenyan family got to know about the death of their daughter.

The single mother of one was among the many Kenyans caught up in Middle East’s ‘modern-day slavery’, where domestic workers face serious human rights abuses and death — thanks to the continent’s contract labour policy which puts migrant workers into servitude.

Eight years ago, the New York-based Human Rights Watch (HRW) voiced its concerns about the labour, immigration and criminal justice systems in Middle East countries, describing the abuse and labour that female domestic workers face as “amount(ing) to slavery”.

Wanjiku is one of the many victims of Middle East’s Kafala (sponsorship) system, which ties domestic and other migrant workers’ employment visas to their employers; a system that fuels exploitation and abuse.

More so, she is a victim of continuing human trafficking that the government has been unable to stem.

Kafala gives the employer immense control over the worker — and most of them lose their rights to leave the house on arrival.

“The stories some of these girls tell me and other women representatives are really sad, and really, something has to be done,” said nominated Senator Emma Mbura, who has been pressuring the government to make arrangements for the women working in the Middle East to be brought back home.

Most parents do not know the whereabouts of their daughters and only await their calls.

Wanjiku’s parents — Mr Chege Kahiga and Ms Grace Gathoni — had hoped that their daughter would return, even after communication between them and her was abruptly cut.

It was a hope that they kept alive as they continued with their lives at King’eero village, Kabete Sub-County in Kiambu. Then the news came last year — and it was shattering.

“We received a call from the Ministry of Foreign Affairs in Nairobi who broke the news to us after asking us whether we knew her,” said Mr Kahiga.

The information was that Wanjiku had committed suicide after running away from an unspecified employer — a narrative that appears in most of the bizarre murder cases.

It is only after a postmortem examination was carried out on her body that they got the truth: Ms Wanjiku died of strangulation.

While this raised a lot of questions on the cause of her death, and why her employer and agent and Saudi Arabian government had not contacted them when their daughter died, no answers were forthcoming.

Her father said Wanjiku had moved to Saudi Arabia in 2011.

“For the first one year she kept calling and we would speak on phone for quite a long period of time. Then we suddenly could no longer reach her.”

That was in March 2012. Like many parents whose children are in the Middle East, Mr Kahiga neither had the contact of the local agent nor the employer.

All this time, the body of his daughter lay in a freezer with an ‘unidentified person’ tag somewhere in a country the family had only heard of.

The family was not compensated, and the grave is the only remaining memory of their daughter’s sojourn to Middle East.

The number of Kenyans who have died through the Kafala system is not known — yet recruiting agents continue to send naïve and unsuspecting teenagers to the Middle East with the promise of better life and pay.

At best, the migrant women enjoy good working conditions and kind employers while, at worst, they are treated like slaves and die as a result.

Ms Rose Adhiambo, 24, went to Lebanon in 2009 after a Mombasa-based agent promised her — like they do to everyone — a hefty pay.

At first, she was hesitant about her decision after learning that several Kenyans had lost their lives there.

But caught between incessant poverty at home and the promise of a good life abroad, she left for Lebanon.

For six months, Ms Adhiambo was paid on time and communicated with her family. It was only after she sought permission to visit Kenya that her employer said she had “bought” her.

In the recruitment process, employers are supposed to pay air tickets and visa fees while recruiters charge exorbitant fees that are supposed to be recovered after a person is placed within a home.

The workers are denied any travel and their passports confiscated. Like in the case of Wanjiku, nobody knows what happened to Ms Adhiambo.

But days later, she made news all over Beirut after her employer claimed that she had jumped from the sixth floor of the apartment where they lived in the Lebanese capital.

Beiruti newspaper Al Ahbar claimed she had tied polythene bags together to form a rope while her employer was away, and that she fell to her death as she tried to escape, probably using the rope.

Her parents later received her body, wrapped in gauze and put in a metallic casket.

Beside the body was her passport, which had initially been confiscated from her, and a letter that stated that she had died while trying to escape from her employer’s home.

Five years down the line, her parents Maurice and Jael Otete are yet to receive any tangible information from the Lebanese Government or Kenya’s embassy in Beirut.

Modern-day ‘slavery’ in Mideast as Kenyans return in coffins Reviewed by samrack on July 24, 2016 .

Jackline Muthoni during interview on September 16, 2014 at Nation Centre. She was mistreated while working as a domestic worker in Lebanon. At best, the migrant women enjoy good working conditions and kind employers while, at worst, they are treated like slaves and die as a result. PHOTO | JEFF ANGOTE | NATION MEDIA GROUP