Mobile money transfers up by Sh252bn in nine months 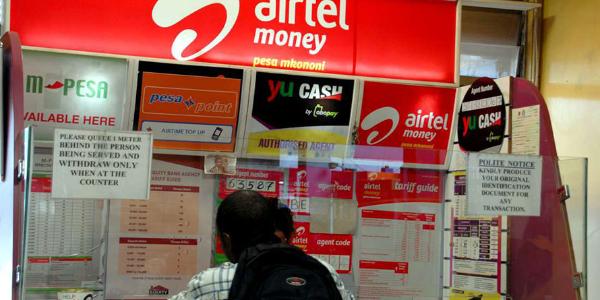 Mobile money transfers up by Sh252bn in nine months

Payments hit nearly Sh2.71 trillion in the period, a 10.16 per cent rise over Sh2.46 trillion moved a year earlier, underlining e-commerce growth in the country.

About Sh300.92 billion was moved in September, a recovery from August, which had posted the biggest month-on-month drop this year at 7.3 per cent to Sh286.34 billion.

Companies and individuals have embraced mobile money payments—where Kenya is a world leader due to enhanced efficiency—compared to plastic cards whose growth has been nearly flat.

The value of cards’ payments in the January-September period stood at close to Sh1.04 trillion, largely unchanged from Sh1.05 trillion moved a year earlier.

The CBK does not usually comment on changes in the value of national payments system in its monthly updates.

M-Pesa dominates the market with a share of 74.17 per cent going by value of transactions as at June, latest data from Communications Authority of Kenya shows.

Analysts at Citi warned in a report end-October that revenue from M-Pesa, a key driver of growth in Safaricom’s earnings, was likely to be threatened by inter-bank payment system and a 35 per cent tax on gaming firms which takes effect in January.

PesaLink, the inter-bank platform owned by Kenya Bankers Association, had moved about Sh15 billion in mid-October following its launch in February.

“We think M-Pesa’s growth going forward will be somewhat challenged by the banks, which are taking share in faster growing mobile-payments,” said the Citi analysts.

Mobile money transfers up by Sh252bn in nine months Reviewed by samrack on December 11, 2017 .

Share thisFacebookTwitterPinterestEmailWhatsAppMobile money transfers up by Sh252bn in nine months Mobile money transactions grew by Sh252.39 billion in the nine months through September compared with a similar period in 2016, latest Central Bank of Kenya (CBK) data shows. Payments hit nearly Sh2.71 trillion in the period, a 10.16 per cent rise over Sh2.46 trillion moved