Derek Onserio, a senior at Providence Academy in Plymouth

Derek Onserio, a senior at Providence Academy in Plymouth, was accepted to eight Ivy Laegue schools. Onserio has four siblings, two of which also attend Ivy League schools. He is the son of Kenyan immigrants.

Derek Onserio knew it was college decision day, but he put it in the back of his mind, not wanting to ruin his Thursday night plans. He would check later, he told himself, as he watched the Minnesota Timberwolves play the Los Angeles Lakers on March 30.

So the high school senior waited until 10:30 p.m. to check his computer. Opening the websites to each of the Ivy League schools he applied to, he prepared himself for the bad news.

But the bad news didn’t come.

One by one, he opened each tab to find out that he was accepted at all eight schools: Yale, Columbia, Harvard, Brown, Princeton, Cornell, the University of Pennsylvania and Dartmouth.

He decided to put his high school acting skills to work and tell his parents that he didn’t get into any of the schools he applied to. But Onserio couldn’t contain his excitement and quickly told them the truth

His father asked to see the computer.

“I didn’t believe it,” said Joshua Onserio Isaboke. “I took a moment to thank God.”

The family then prayed together.

Providence Academy, a private Catholic school in Plymouth, recommends that students apply to only a handful of schools that offer the curriculum that best fits the student’s interests.

“We want to work with each student to find out what colleges might be the best, and quite frankly the eight Ivy Leagues offer a lot of different things,” said Headmaster Todd Flanders. Still, he added, the school was proud of Derek. “It is a great achievement. … He’s a standout kid. He’s an ace in academics.”

Onserio said he has many interests, and each Ivy League had something different to offer him. “I like them for various reasons.”

Onserio doesn’t like the numbers game of ACT scores and GPAs that college admissions are often reduced to. He points to his work outside the classroom as an important factor in why he was accepted at the schools.

He is a triple-threat in singing, acting and dancing. He’s been in every school production since freshman year. He played Jack Worthing in the “Importance of Being Earnest” and Walter Lee Younger in the school’s production of “A Raisin in the Sun.”

“My life revolves around theater season,” he said.

Outside of theater, he sings in the chamber choir, the school a cappella group and his friend’s show choir.

He also plays on the tennis team and competes in speech, debate, quiz bowl and math league. He is part of the school’s Lincoln Society, where students learn and discuss the 16th president’s speeches. And he volunteers at the Maple Grove Hospital and his church, Minnetonka Seventh-day Adventist.

When he had a few moments to spare, Onserio was usually found in the college counselor’s office, revising his admissions essay about failure. It’s a topic that no one at his school associates with him.

This week, Onserio is trying to whittle down his list of schools. He’s visiting the University of Pennsylvania and Dartmouth. Onserio’s older sisters both attend Ivy League schools. His oldest sister, Rachael, is at Dartmouth and Meghan is studying at Harvard. 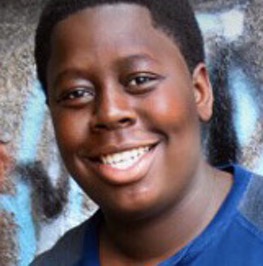 ““I could barely believe it. Was it a mistake?” Derek Onserio, a senior at Providence Academy in Plymouth, was accepted to eight Ivy Laegue schools. Onserio has four siblings, two of which also attend Ivy League schools. He is the son of Kenyan immigrants.

Isaboke and his wife came to Minnesota from Kenya more than 20 years ago, and the two have instilled in their children the importance of education.

Onserio said one day he would like to start a nonprofit to help at-risk children.

“Education is the way out,” he said.

Onserio has been containing his excitement over his acceptances. He said he doesn’t want to broadcast it on social media because some of his peers didn’t get into their dream schools.

“That could have been me,” he said.