Millions of Kenyans saved by US anti-Aids initiative 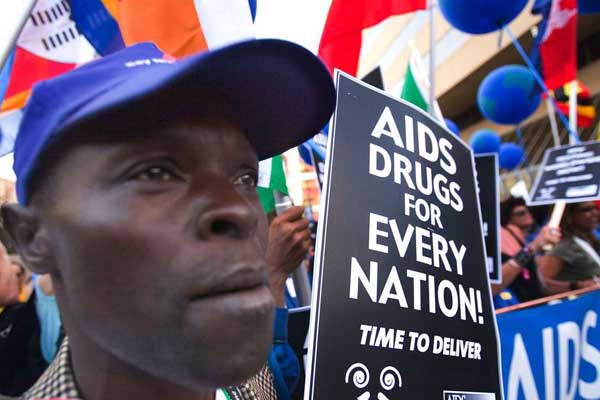 Millions of Kenyans saved by US anti-Aids initiative

The United States has poured more than $5.5 billion into Kenya over the past 15 years in an effort to control the HIV/Aids epidemic.

The initiative has proven a highly successful and an enduring joint endeavour but one overshadowed by comparatively inconsequential political differences between Nairobi and Washington.

About one million of the 1.6 million HIV-positive Kenyans are now receiving life-saving medicines through this US global initiative known as the President’s Emergency Plan for Aids Relief (Pepfar).

The programme has also financed voluntary circumcisions for close to a quarter-million Kenyan men. Their chances of contracting the Aids-causing virus — and possibly passing it on to sex partners —have consequently been sharply reduced.

In addition, Pepfar has enabled about 13 million Kenyans to be tested for HIV.

Half a million orphans, vulnerable children and their caregivers are simultaneously being supported through the country’s Pepfar programme.

These US interventions, in combination with those of the United Nations and Kenya’s National Aids Control Council, may enable the country to achieve control of its Aids epidemic in the next two years.

Both totals have dropped sharply from their respective peaks.

An estimated 130,000 Kenyans with Aids died in 2003, the year Pepfar was launched. And more than 230,000 Kenyans are believed to have contracted the virus in 1993 alone — the highest yearly number since the outbreak of the epidemic.

“Pepfar is widely regarded as one of the most effective and efficient US foreign assistance programmes,” says Ambassador Deborah Birx, the US global Aids coordinator.

A diagnosis of Aids in Africa was widely perceived as a death sentence at the time of Pepfar’s inception.

Only about 50,000 Africans were then receiving drugs that effectively combat the virus. More than 13 million Africans now have access to such anti-viral medicines through Pepfar.

These accomplishments are being touted by US officials as part of a series of events and pronouncements marking Pepfar’s 15th anniversary.

It was President George W Bush who called for a US-funded global effort to roll back Aids in his State of the Union address on January 28, 2003.

However, the programme’s future may not be secure.

Advocacy groups warned that such a reduction would endanger the gains made in Africa, with downward trends in Aids death rates likely to be thrown into reverse.

The Republican-controlled Congress has so far refused to go along with the Republican president’s request, but Mr Trump has said nothing to suggest he values the programme’s achievements.

Some US-based Aids activists are meanwhile criticising Pepfar’s new strategy of focusing resources on Kenya and 12 other African countries ravaged by the epidemic but thought likely to gain control over it in the coming years.

“We worry about the impact the new strategy will have on the lives of people living with or affected by HIV outside of the 13 selected Pepfar countries,” the International HIV/Aids alliance said last month. Critics note that desperately poor countries such as South Sudan and Democratic Republic of Congo are not being accorded high priority.

“This strategy makes the right moves in too few places, at the expense of saving lives everywhere else,” added Asia Russell, director of the New York-based Health Global Access Project. She characterised Pepfar’s approach as “the kind of global Aids response policymakers craft when they have one hand tied behind their backs.”

Ms Russell added: “An ambitious strategy wouldn’t limit efforts toward epidemic control in just 13 of Pepfar’s more than 50 countries, but would aggressively map out a plan for ending Aids as an epidemic in all countries.”

But independent advocates take no issue with Pepfar’s announced emphasis in 2018 on reducing HIV prevalence among adolescent girls, young women and men under age 35. The focus on these populations is seen as complimentary.

A Pepfar document points out that more than half of HIV-positive males under age 35 are not receiving treatment, “which is fuelling the epidemic in young women 15-24 years of age.”

Her family’s financial constraints made it impossible for Ms Onimbo to study accounting after graduating from high school.

“Reeling from disappointment,” the Pepfar narrative recounts, “she fell into a crowd of girls who abused drugs and engaged in sex work.” Ms Onimbo soon became an impoverished single mother.

Recruiters for a local Pepfar DREAMS programme happened upon her, and arranged for Ms Onimbo to take part in a job training programme run by Pepfar and Alibhai Shariff, a hardware company that also operates a car wash franchise.

As a newly self-confident car washer, Ms Onimbo now earns enough to support herself and her daughter while putting aside savings for college.

Such individual success stories and Pepfar’s overall progress in slowing the spread of Aids should not lead to any “mission accomplished” declarations, the International HIV/Aids Alliance cautions.

Eastern and southern Africa remain the global epicentres of an epidemic that continues to claim large numbers of lives.

The part of the continent stretching from Ethiopia to South Africa via Tanzania and Mozambique accounts for 6.2 percent of the world’s population but 50 percent of all HIV cases.

Millions of Kenyans saved by US anti-Aids initiative Reviewed by samrack on March 13, 2018 .

Millions of Kenyans saved by US anti-Aids initiative New York The United States has poured more than $5.5 billion into Kenya over the past 15 years in an effort to control the HIV/Aids epidemic. The initiative has proven a highly successful and an enduring joint endeavour but one overshadowed by comparatively inconsequential political differences between