Michael Olunga is warming the bench in China 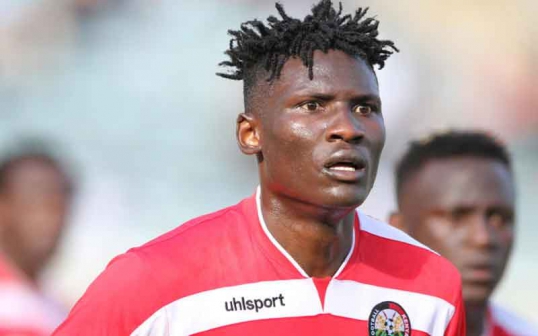 Michael Olunga is warming the bench in China

Ghazal and Olunga were ‘relegated’ to the reserve team after the arrival of two new players from Watford and Real Betis.

Olunga moved to China after leaving Swedish Djurdargens IF in January. Olunga scored 12 goals for Djurgardens during his one-year stint at the Swedish side.

His form made him the centre of attraction after the season, and it was not long before Zhicheng beat all competitors for his signature.

But Olunga and Ghazal found themselves on the reserve team in an attempt to meet the foreign players’ quota rule.

Olunga is understood to be on his way out of China as quoted by King Fu.

Michael Olunga is warming the bench in China Reviewed by samrack on July 29, 2017 .

Share thisFacebookTwitterPinterestEmailWhatsAppMichael Olunga is warming the bench in China Olunga scored 12 goals for Djurgardens during his one-year stint at the Swedish side The Kenyan international is set to leave China Harambee Stars firebrand striker Michael Olunga’s situation in Chinese Super League doesn’t seem to be improving. His Egyptian teammate Aly Ghazal ended his contract