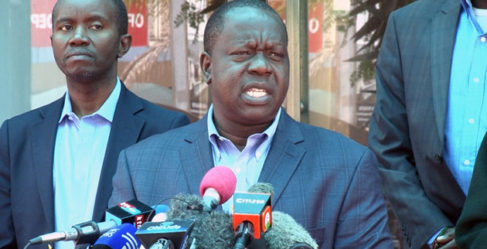 Acting Interior Cabinet Secretary Fred Matiangi has ordered a suspension of action initiated by the Non-Governmental Coordination Board against two human rights lobbies pending a probe into compliance concerns.

Matiangi has written to the Executive Director of the NGO Coordination Board Fazul Mahamed putting off further action against the Kenya Human Rights Commission and the Africa Centre for Open Governance AfriCOG for 90 days.

The suspension, according to sources in the know, will allow a committee headed by the Interior Principal Secretary Karanja Kibicho to look into compliance concerns by the two lobby groups.